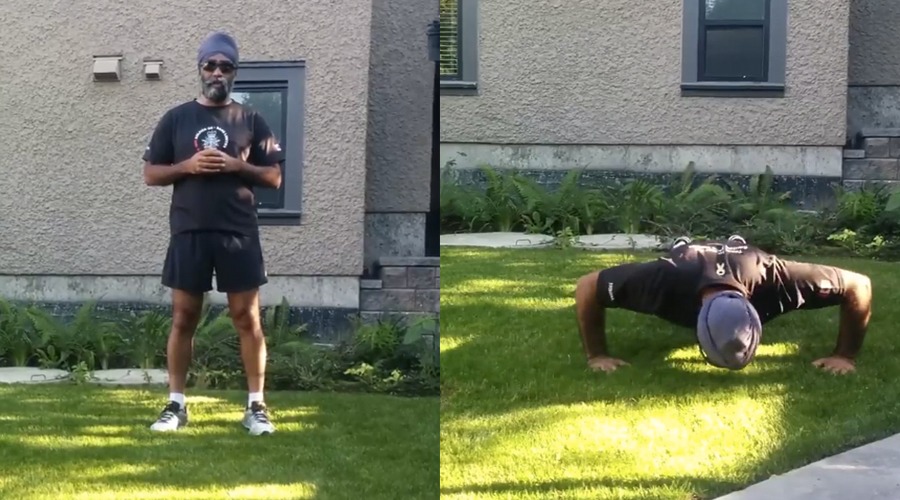 Harjit Sajjan keeps giving us more reasons to love him.

Our Minister of National Defence posted a video to his Facebook page showing him doing 22 pushups as part of a campaign to draw awareness to the high suicide rate plaguing Canadian and American Armed Forces members, veterans, and first responders.

The challenge was started in the United States, and the number of pushups represents the average number of veterans who commit suicide a day in America – 22. Here in Canada, we lost 160 veterans to suicide between 2004 and 2014, more than the total number of Canadian Armed Forces members killed in Afghanistan.

“I want to thank everyone who nominated me for the 22 pushup challenge to show my support for all the ill and injured veterans – you’re not alone,” Sajjan says in the video before getting down on the ground and doing 22 seamless pushups.

The challenge was started by Honour Courage Commitment, an organization dedicated to supporting American veterans.

Much like the ice bucket challenge, the 22 pushup challenge has made its way north of the border, and anyone participating in the challenge is encouraged to do 22 pushups for 22 days, and to donate $22 to Wounded Warriors.

For his part, Sajjan not only helps to shine light on an important subject, he puts your pushup skills to shame.