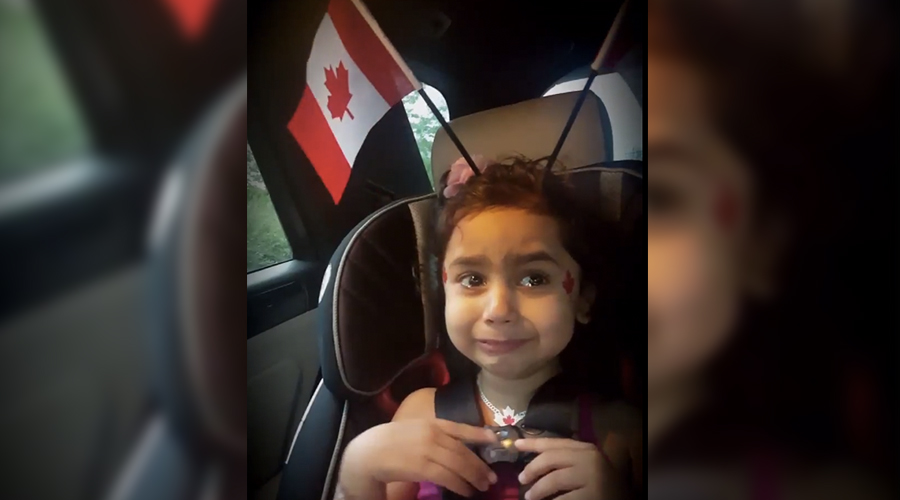 Could this be the defence minister’s youngest fan?

An adorable, politically-minded toddler was caught on camera by her father having a meltdown over missing out on seeing Harjit Sajjan on Canada Day on Parliament Hill. As tears streamed down Sophia Popalyar’s face, her father Fawad gently tried to explain that Sajjan was in Vancouver with his family.

She was having none of it.

“I want to go to Canada Day!” she yelled in the backseat of the car.

Luckily for Sophia, Sajjan had a special message for her.

“I’m so sorry I missed you in Ottawa,” Sajjan said in a video posted to YouTube on Monday. “I was celebrating Canada Day with my family here in Vancouver. But my staff is going to get in touch with your parents and try to arrange a time that we can meet.”

Considering what a badass Sajjan is, it’s hardly surprising that Harjit fandom starts at a young age in some.