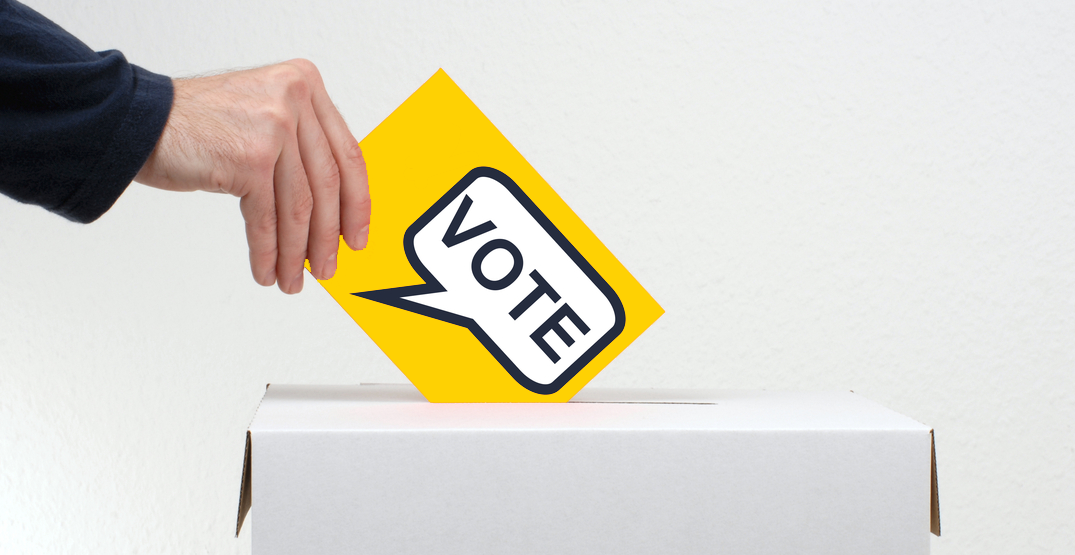 The federal election might be over but that doesn’t mean you can’t still vote — for your Hard Party Prime Minister.

Is your name Mike? Do you like to party hard? Mike’s Hard Sparkling Water is looking for 12 lucky nominees — called Mike (by birth or by Instagram handle) — with the most compelling campaign to be voted in as the Hard Party Prime Minister of Canada. You heard that right.

Whether you’re celebrating the result of the election or partying to forget the outcome, being the Hard Party Prime Minister means it’s your duty to party hard — responsibly of course. 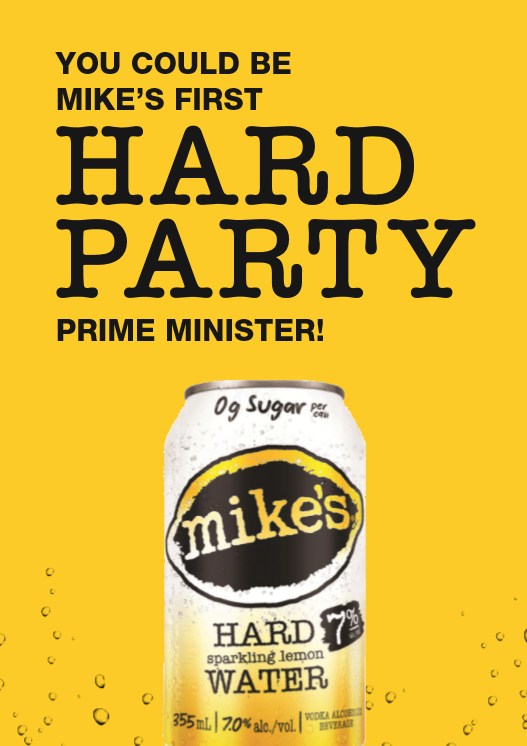 Being elected as Hard Party Prime Minister is serious business. This is why the winner will receive $5,000 in MST (Mike’s Sales Tax) so they can tend to all their “party” affairs.

This prime ministerial party campaign is proudly sponsored by New Mike’s Hard Water for the Hard Party. The new 7% hard sparkling lemon water has 0g sugar, 0g carbs, and is exclusively being sold in Alberta and BC. We’ll drink to that!

So how do you become an official candidate? No need to collect signatures or appoint an auditor (pfft). Just take this oath: “I, Mike, do swear, to govern parties across the land, democratize fun times, and do it at a volume the neighbours won’t get mad at.”

To apply as a potential candidate, simply do the following:

Ta da! Twelve candidates will then be officially enrolled as Hard Party candidates, with their photo and campaign shared on Mike’s Instagram page.

The voting will then begin and everyone around the nation will have the opportunity to choose you as the first-ever Hard Party Prime Minister.

Hurry, nominations will only be accepted until Friday, October 25, and nominees’ headshots will be posted on Instagram on October 29.

The post with the most amount of likes by midnight on November 8 will be appointed the official Hard Party Prime Minister 2019. It’s bound to be a nail-biter.

This contest is being run in accordance with Mike’s Hard Lemonade’s own rules and regulations. For all the official rules for the competition, click here.