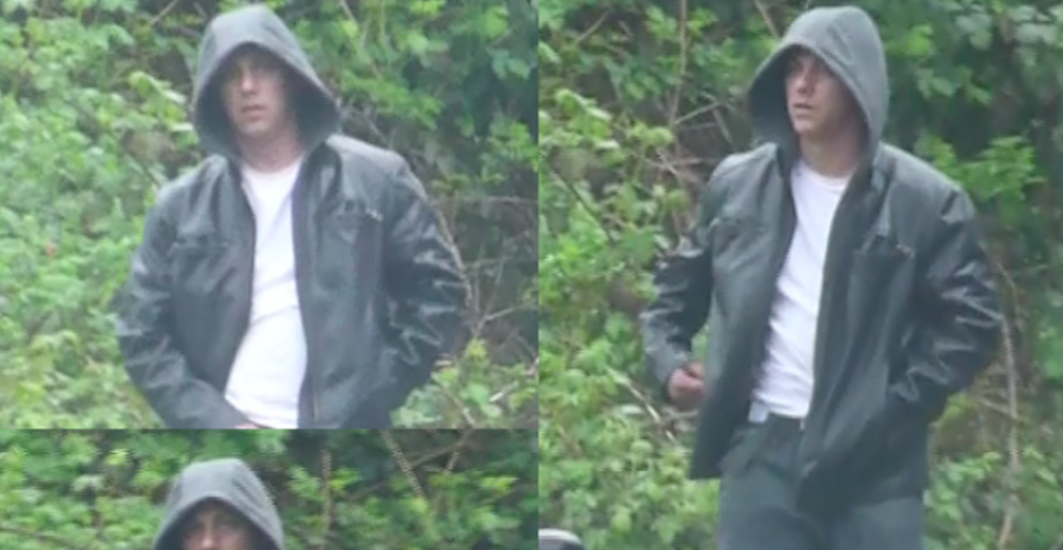 Surrey RCMP have identified a suspect who ho allegedly committed an indecent act while walking in the city’s Guildford neighbourhood in late April.

Police said the incident took place on April 28, shortly before 7 pm, in Guildford Heights Park, at 155 Street and 101A Avenue.

Photos were obtained by a witness who contacted police. Surrey RCMP says the suspect was identified with the help of the public and the media.

The investigation is ongoing and the male was released on a promise to appear in court on July 27, 2018.