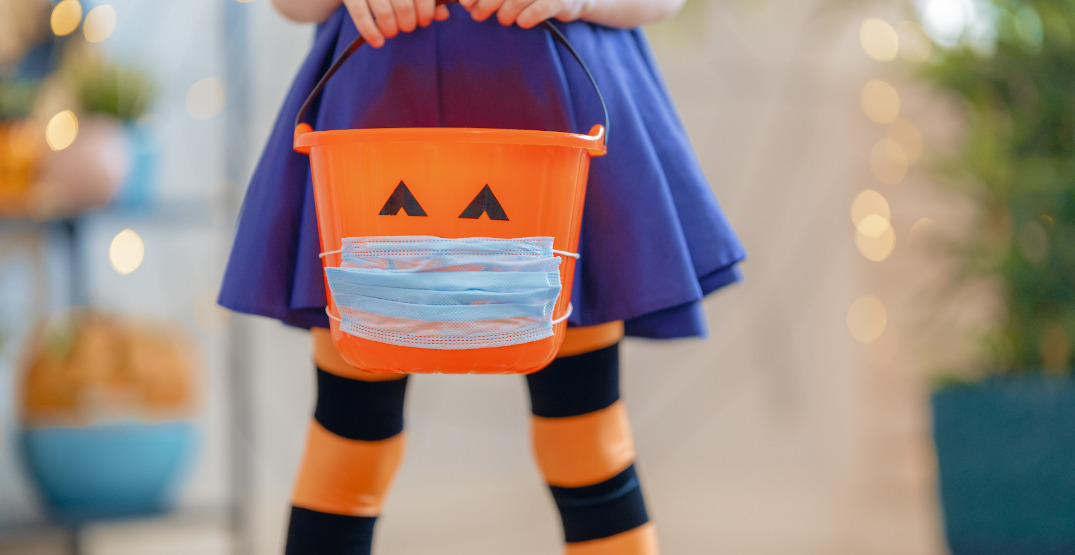 Halloween is just around the corner, and BC health officials are reminding people in the province that we’re still in a pandemic, and to keep events small.

In response to a question from a reporter during a press conference, Provincial Health Officer Dr. Bonnie Henry suggested that a full-fledged Halloween would have to wait another year.

Events should be kept outdoors and small, according to Dr. Henry.

In 2020, many people in BC took a creative approach to Halloween, including devising neat mechanisms to distribute candy to trick-or-treaters.

While there was some discussion during the conference about younger children potentially being approved to get a COVID-19 vaccine sooner than later, as of now, kids are still one of the more vulnerable populations in the province.

“Do some of those really fun things that worked last year. Have outdoor events, especially if they involve children who are under 12 and not yet vaccinated,” said Dr. Henry.

Last year, the BC Centre for Disease Control offered some guidelines for a safe Halloween.

They also had some suggestions for residences that are giving out candy:

If you can, the BCCDC suggests including a non-medical mask as part of your costume.