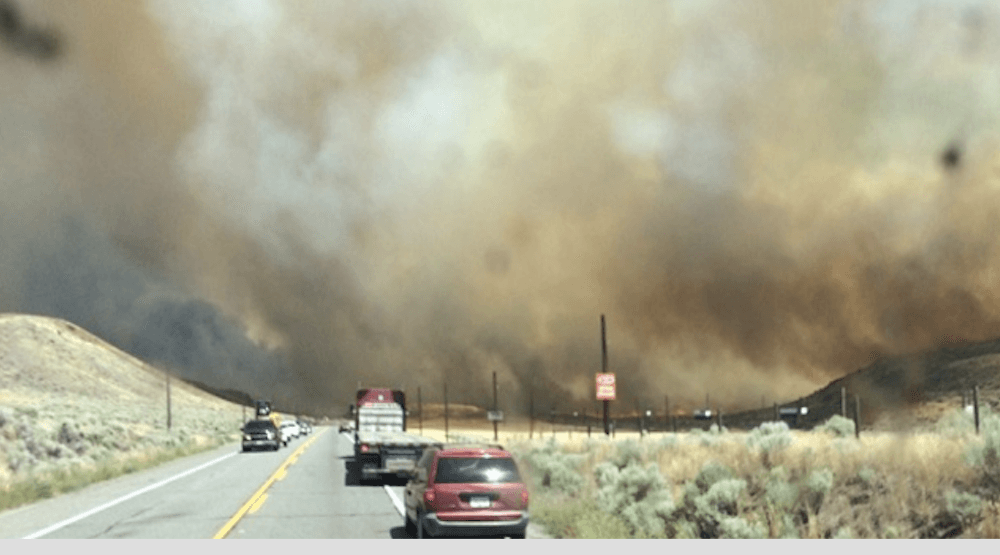 The BC Wildfire Service is saying that humans are responsible for almost half the wildfires that have started since April of this year.

According to a release, from April 1 through September 2, the BC Wildfire Service responded to 586 wildfires throughout the province, 45% of which were human-caused.

To help raise awareness about the issue, the province has asked for caution heading into the Labour Day long weekend. Warm temperatures are expected in many regions of the province, increasing the potential of new ignitions in certain areas.

The province points to the recent Christie Mountain blaze south of Penticton, which consumed 2,122 hectares and was only considered halted close to the end of August.

“I thank all British Columbians who are doing their part by staying alert for potential fire risks and taking open burning prohibitions seriously,” said Doug Donaldson, Minister of Forests, Lands, Natural Resource Operations and Rural Development, in the release. “I hope that everyone enjoys the Labour Day long weekend, while also recognizing that the wildfire season is not over yet.”

Campfires are currently allowed in all areas managed by the BC Wildfire Service, but check before heading out. Anyone found defying an open burning prohibition may be issued a violation ticket for $1,150, may be required to pay an administrative penalty of up to $10,000 or, if convicted in court, may be fined up to $100,000 and/or sentenced to one year in jail, according to the province.

If the violation contributes to a wildfire, the person responsible may be ordered to pay all firefighting and associated costs.