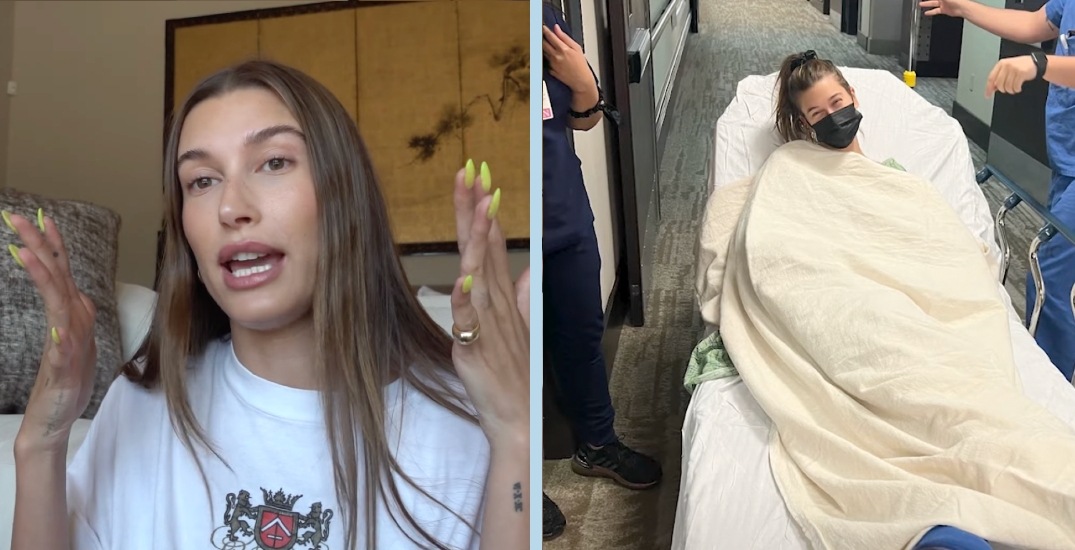 Model Hailey Bieber has confirmed in a detailed YouTube video that she had a mini-stroke and other major health complications last month.

The personal video posted on Wednesday currently stands at two million views and is the second-highest trending video on YouTube. A preview posted to TikTok has also garnered nearly 4 million views.

“I’m making this video because I wanted to tell the story in my own words,” Hailey said. “I had a very scary incident on March 10.”

Hailey revealed that she was having a normal conversation with her husband, Justin Bieber, when suddenly, she felt a weird sensation travelling from her right side throughout her arm and hand, making her fingertips feel “really numb and weird.”

“Justin was like, ‘Are you okay?’ When I went to respond, I couldn’t speak. The right side of my face started drooping,” the model shared.

Last month, news about Hailey being hospitalized for stroke-like symptoms made rounds after she shared an update on Instagram about the hospitalization and the subsequent discovery of a “very small blood clot” in her brain.

“Although this was definitely one of the scariest moments I’ve ever been through, I’m home now and doing well,” wrote the 25-year-old on March 12.

The video details the three possible reasons why the stroke occurred based on testing.

“One was that I had just recently started birth control pills, which I should have never been on because I am somebody who suffered from migraines, and I just did not talk to my doctor about this,” Hailey shared, warning others.

The second reason was that Hailey had recently recovered from COVID-19, which may have contributed to the complications.

But the third and true reason for the blood clot was a small hole in Hailey’s heart, called a Patent Foramen Ovale (PFO), which the clot escaped through, causing the stroke.

What is a PFO?

A Patent Foramen Ovale (PFO) is an ordinary congenital heart condition. Mayo Clinic describes it as “a hole in the heart that didn’t close the way it should after birth.”

It’s a small flap between the upper left and right chambers of the heart, and most people never need treatment for it. Hailey Bieber, however, did.

Her doctor recommended a PFO closure. This procedure is performed by going through the groin area into the femoral vein and finally to the heart to place a small “button” on top of the hole.

“[It] closes the flap in the heart and then, eventually, your heart tissue grows back over the closure device,” Hailey explained. “That’s it. Then you have it forever, and you continue on with normal life.”

She revealed that she had the closure done recently and is recovering “really well, and really fast.”