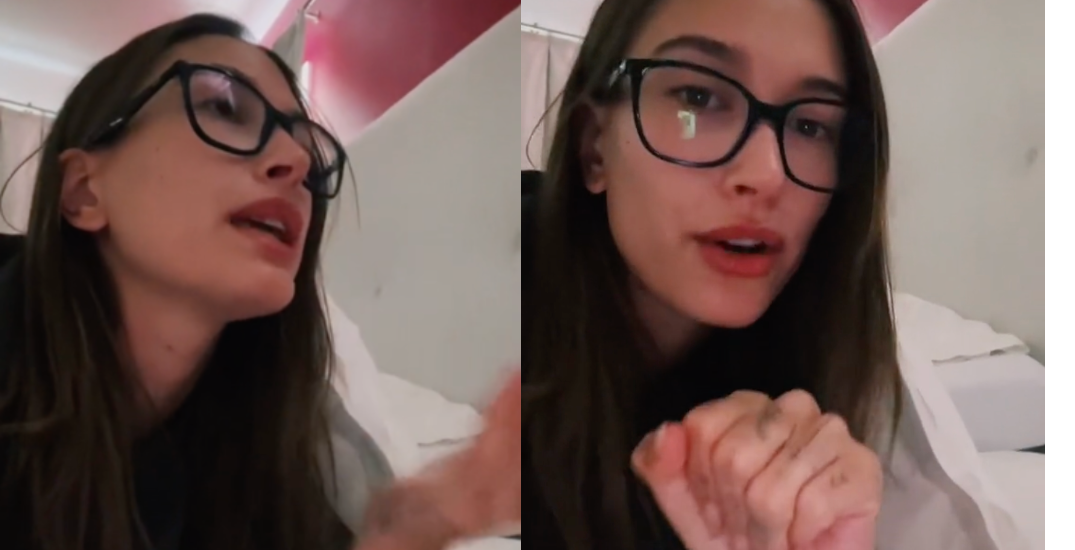 Hailey Bieber is sick and tired of social media trolls invading the comments of all her posts.

The model posted a TikTok video on Wednesday practically begging people in her comments to stop coming for her. It has been viewed over 25 million times.

“This is for you guys in my comments every single time I post,” reads her caption.

If you’re wondering what Hailey is talking about, it is likely the thousands of comments she receives from people who are upset that she’s married to Ontario-born star Justin Bieber. Some fans are still hung up on his 2010s on-again-off-again relationship with singer-songwriter Selena Gomez. After the breakup, both singers wrote cryptic songs about each other.

Despite the couple being married for years, they have been receiving comments from “Jelena” stans for years.

Hailey recently posted a video to TikTok, jamming to her husband’s 2009 song “One Time,” and comments about missing #Jelena began popping up almost immediately.

Since the model posted the plea, people have flooded her TikTok comments saying they’re looking for mean comments by the trolls she referred to, but cannot find many.

Hailey has limited comments on her recent Instagram posts as well.