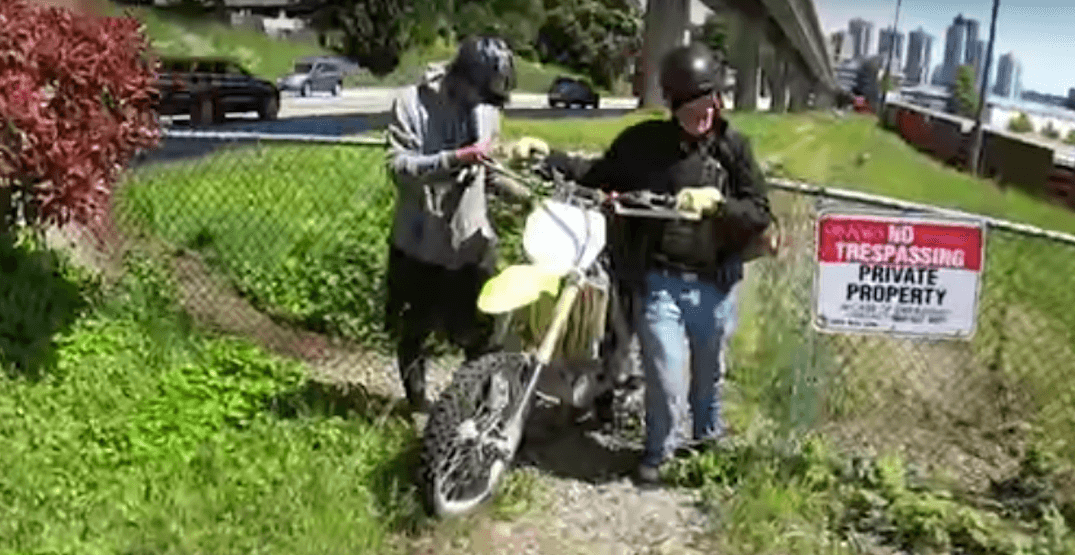 A seemingly simple decision to take the “long, slow way” home resulted in a lucky break for Liam Robertson and more specifically, his friend.

On Saturday, May 18, Robertson was heading home to Vancouver from Surrey on his motorbike, when he decided to opt for a change of scenery.

“Normally I take Highway 1 back from Surrey, but this time I had decided to take the long, slow way and go through New West and kind of cruise home,” he told Daily Hive.

Cruising through town at Stewardson Way and 5th Avenue, Robertson spotted two guys moving a motorbike, “just off the side of the road.”

Approaching them closer, Robertson realized it was his friend’s bike, which had been stolen six days earlier.

“I see posts on Facebook almost daily about stolen bikes, so it was nice to have a win on this one,” said Robertson.

He also thanked the New Westminster Police for “responding so quickly and being so professional throughout this incident.

Robertson added that this incident is a good reminder to “everyone to keep an eye out for bikes, not just stolen ones but also those of us sharing the road.”