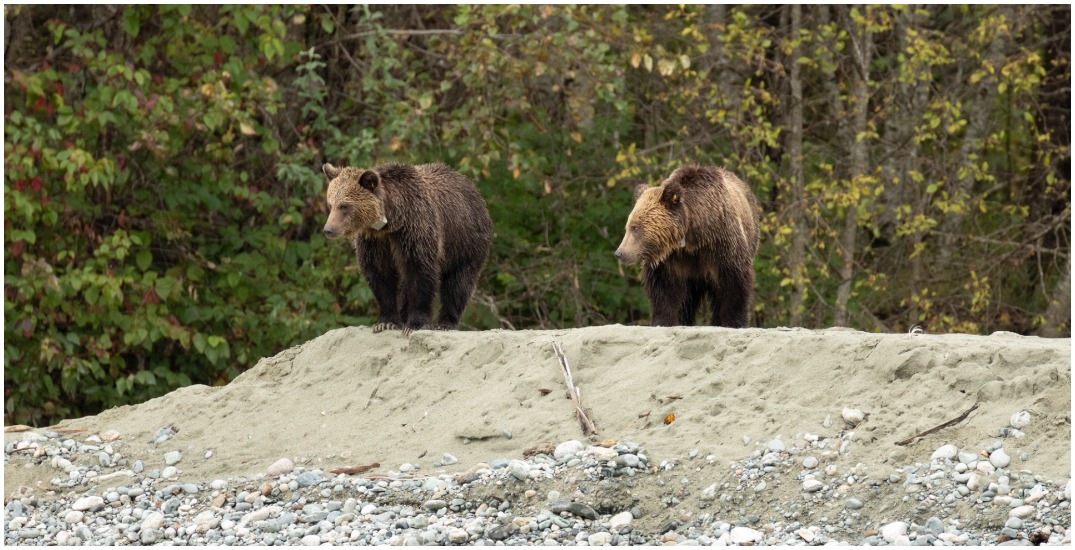 The Grizzly Bear Foundation (GBF), in partnership with the BC government and the Northern Lights Wildlife Society (NLWS), is fundraising for an initiative called Project Rewild.

This five-year research program will see staff, scientists and veterinarians, support and monitor the release of grizzly cubs back into the wild, with a goal to expand and enhance rewilding policies across the world.

Grizzly bears are keystone species, which means they play a critical role in ecosystems, and they also have one of the slowest reproductive rates of any animal in North America, with females having two to three cubs every three or four years, according to the GBF.

Explaining how Project Rewild came to be, in a phone interview with Daily Hive, GBF’s executive director, Nicholas Scapillati, said for more than 10 years, the NLWS in Smithers has had the only permit to rescue and release grizzly bears in the province — but there has been no proof to show if the animals were surviving after they were back in the wild. 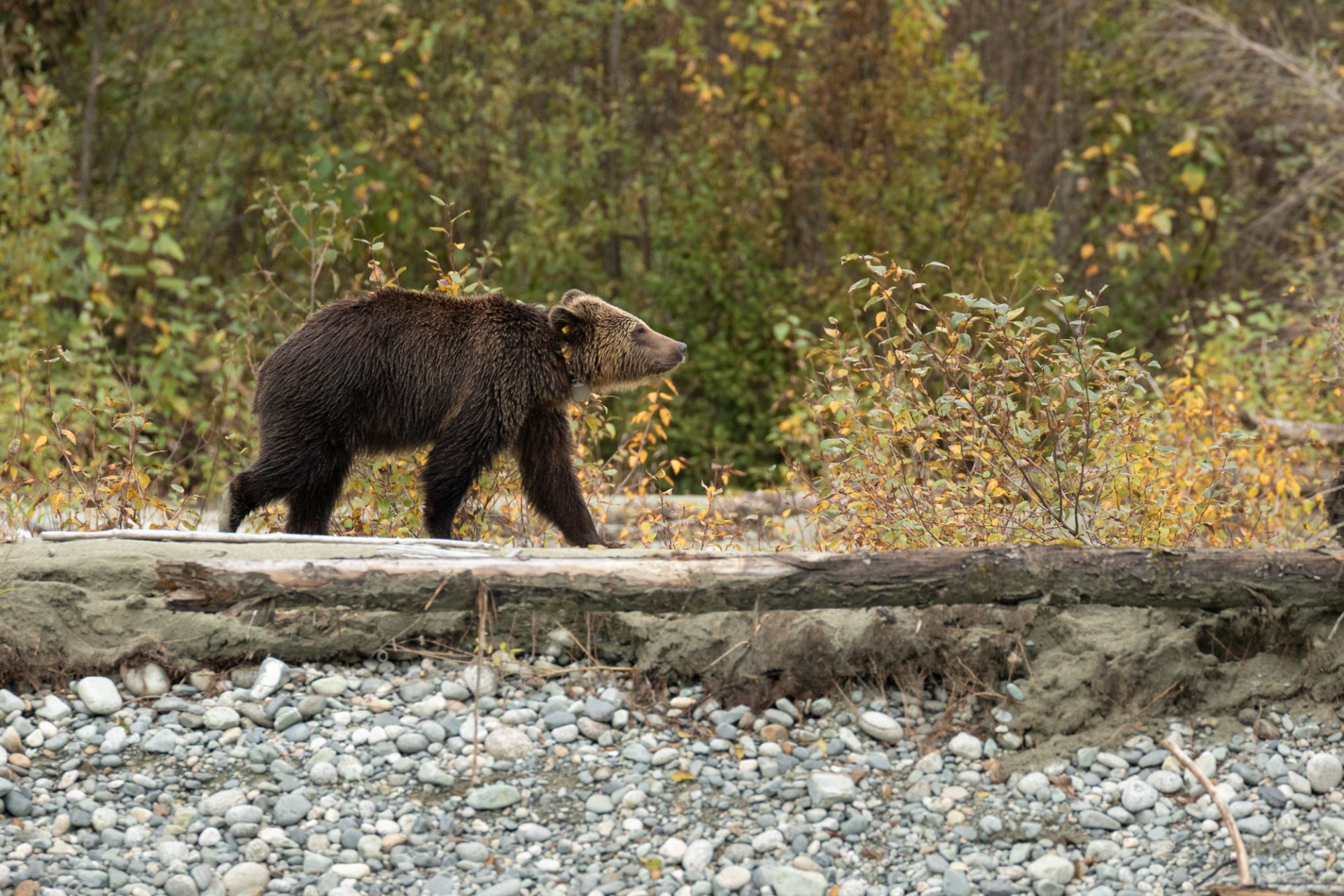 Scapillati said the unknown around if the rehabilitation efforts have been successful after the bears were released, or if there’s room for improvement, prompted the government to say there was not enough proof it was working — so the GBF got involved to bring science to the conversation.

Now, there’s a lot going into Project Rewild, Scapillati said, and they’ve contracted Dr. Lana Ciarniello, who he said is one of the top bear biologists in the world, to design the program – which will cost about $20,000 for one bear per year.

The only orphaned bears entering the program are cubs of the year. That means they’ve only been with their mom within their first year, whereas cubs with their moms between one and three years learn how to hibernate, run from other animals and find food.

Scapillati says, “where young cubs are just these little balls of fur that are curious, not a lot has been imprinted on them.” 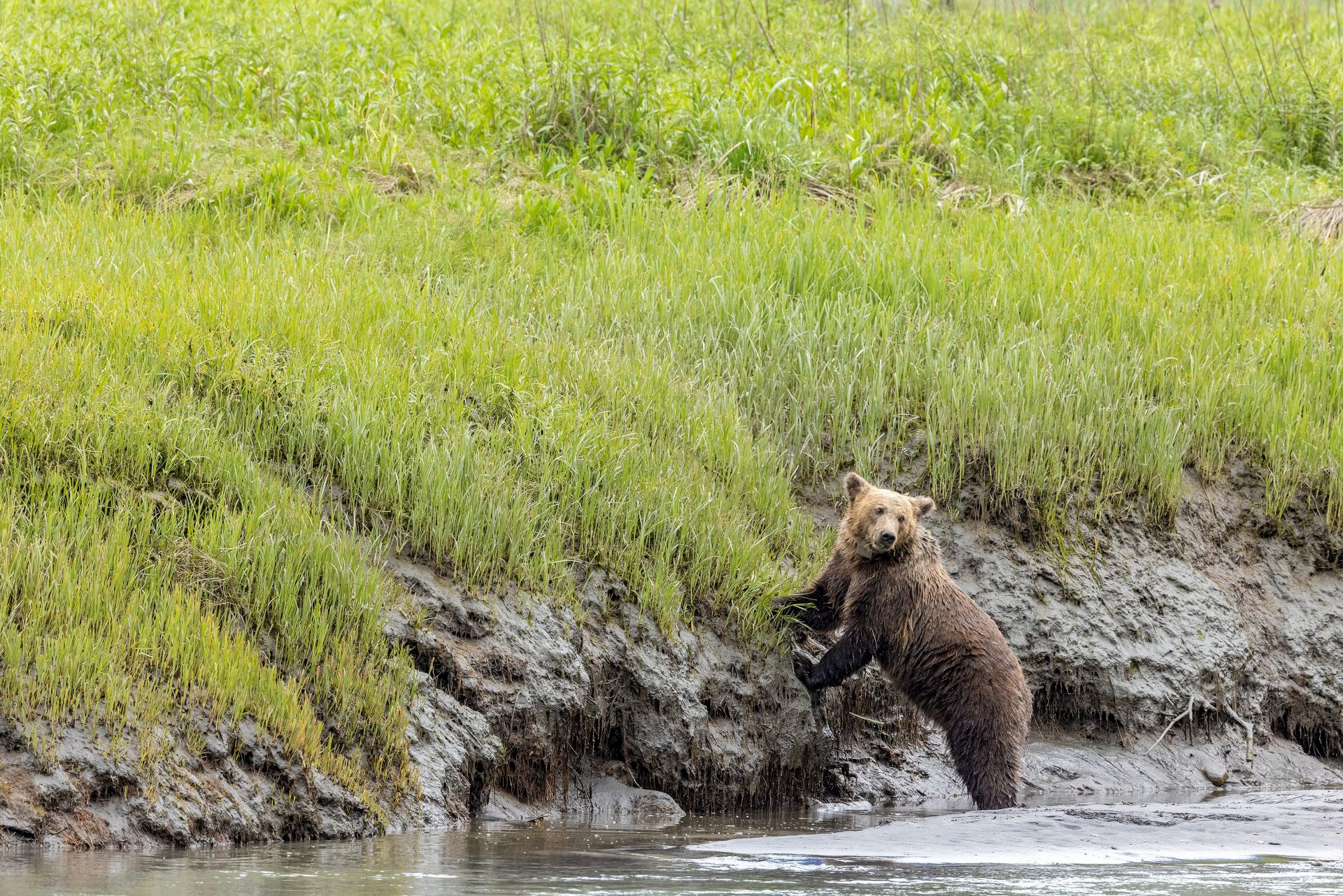 Grizzly bear Arthur was released back into the wild through Project Rewild (John E. Marriott/ The Grizzly Bear Foundation)

Cubs become orphaned in several ways, including when their mothers are killed by trains, vehicles, poachers, and lethally removed by conservation officers if they become food conditioned through people.

“In the past, what they would do [conservation officers] is they would just lethally remove the cubs as well, saying they’re food conditioned as well, or there is no place to put them.”

Scapillati said, “they still do that in Alaska, Alberta, Montana, all of these places whenever there’s a mom that gets killed and there’s orphaned cubs, they’ll just kill the cubs,” and it’s rare a zoo is found for the bears.

“BC is the only place that they don’t kill young grizzly cubs, and through this work, we’re hoping to prove that rewilding of grizzly bears works — and if it works — then it will influence policy in all of these other states and provinces, and hopefully end the killing of orphaned grizzly cubs.”

Scapillati said they also want to educate the public about how the climate crisis is affecting grizzly bears, explaining pressures on nature — fires killing animals and creating orphans, intense heat drying up food sources, and impacts on oceans with wild salmon and water levels. 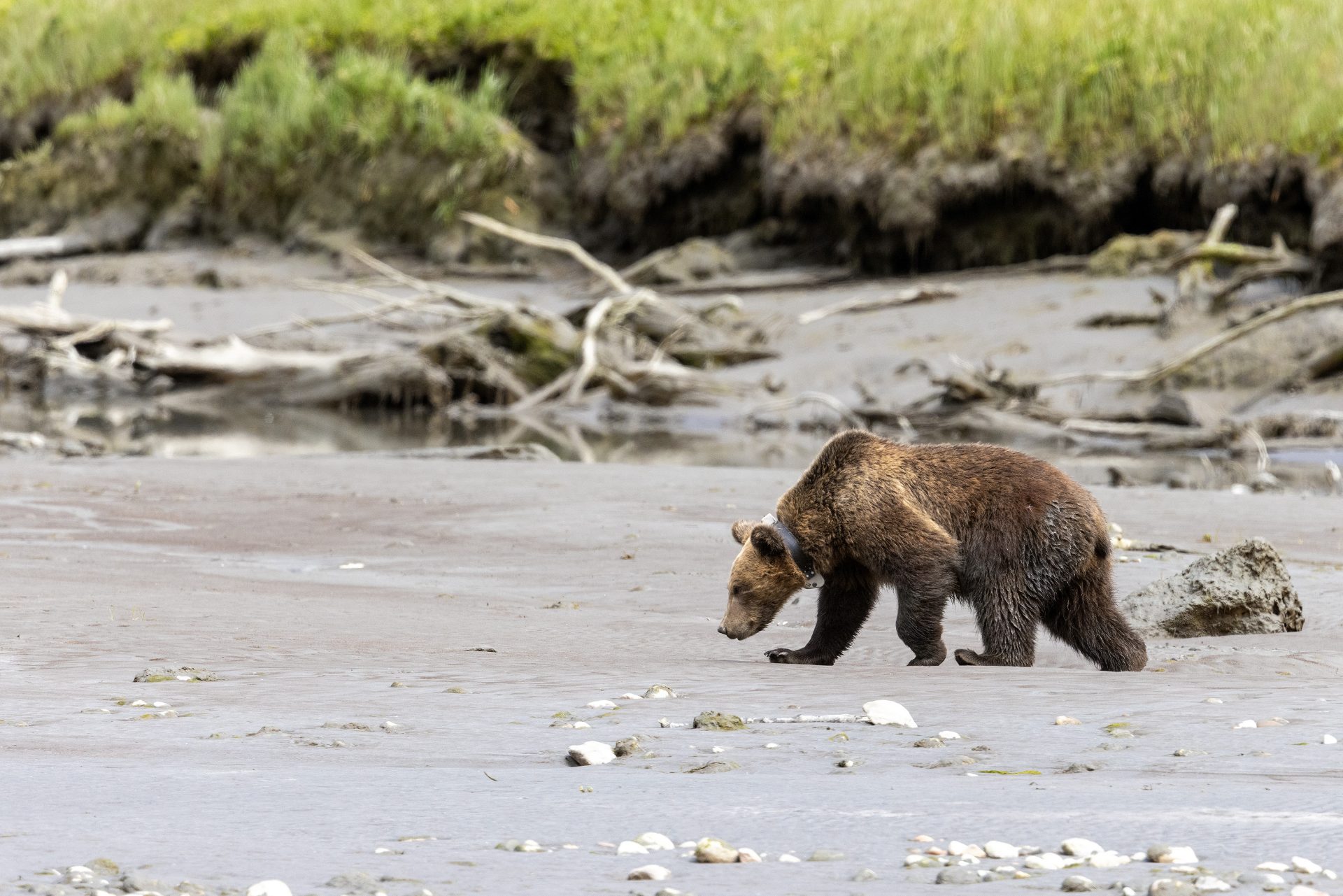 Arthur released back into the wild through Project Rewild (John E. Marriott/ the Grizzly Bear Foundation)

When the orphaned grizzlies are found by conservation officers or people, that’s when the NLWS will go out and get the cubs, and bring them back to the wildlife shelter for the rehabilitation program.

“Not only are they [the cubs] cared at the facility,” Scapillati said, and “our part of the research, which is Dr. Lana Ciarniello’s time to monitor them, and we do that by satellite GPS, so they have radio collars on the bears, but then we also take helicopters to rewild them into remote locations that have great habitat that aren’t near human settlement so they can have their best chance at life in the wild.”

After the bears are released, Dr. Ciarniello will be going out to track how well the cubs are adapting back in the wild. 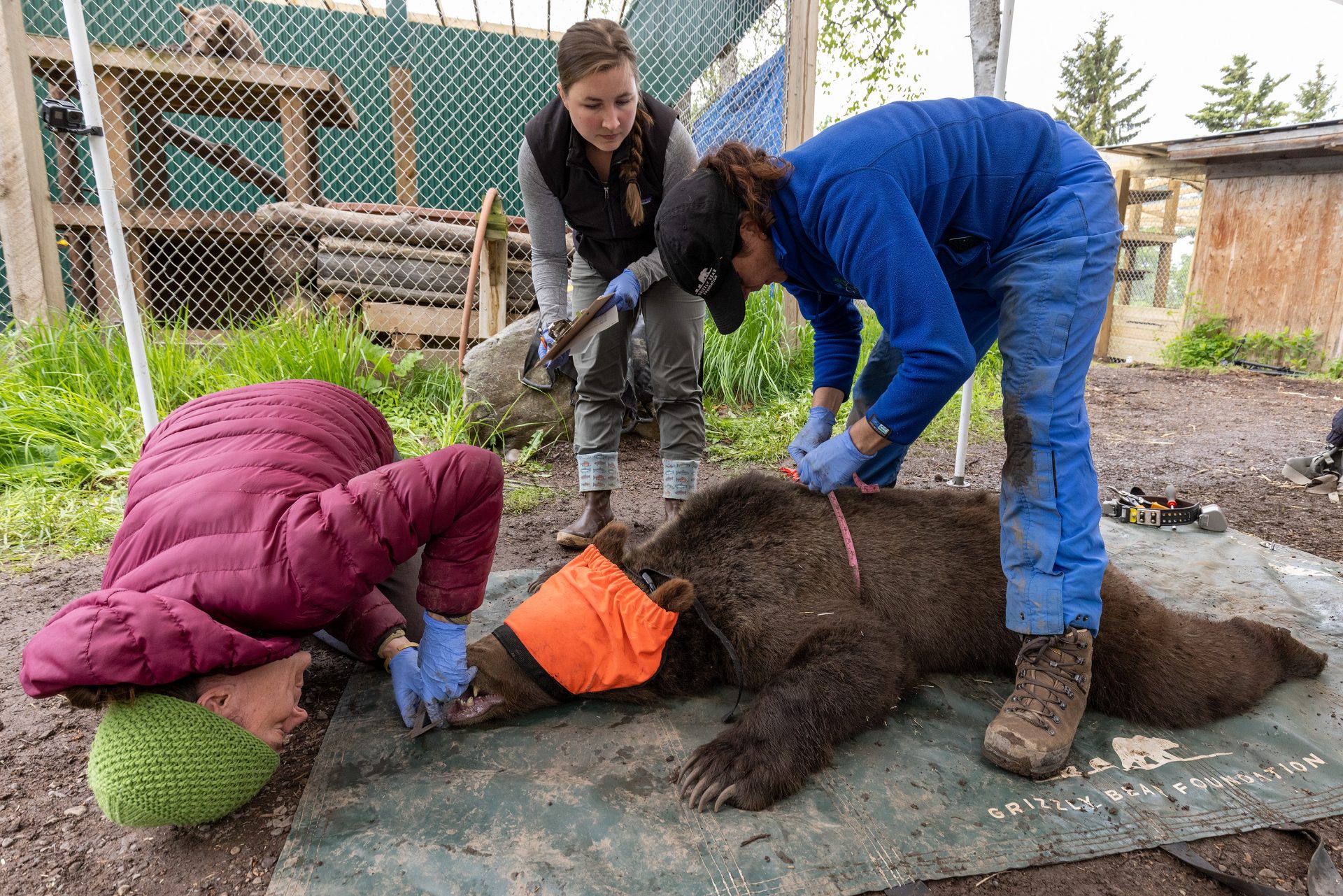 “Because their mothers aren’t teaching them how to survive, what we’re hoping to prove is that these young bears have a lot of great instincts and they can figure it out on their own — if we give them the best chance.”

Project Rewild launched in 2020, but Scapillati said they’ve only recently started to talk about the program publicly.

In that time, three young siblings have been released (named Raven, Isa, and Arthur), and they are gaining weight, getting ready for hibernation — behaving like wild bears — noting they are sticking close to each other as well, which keeps them safer from predation, such as cougars.

“This kind of data shows us that they’re cooperating,” he said, “and if we can prove that concept right into the point where they reach reproductive age, then we can not only prove that rewilding works, but that rewilding can become an important conservation tool, because what we really want to save is more reproducing females.”

The foundation said 100 per cent of the donations to Project Rewild will go towards field research, equipment and advocacy efforts.