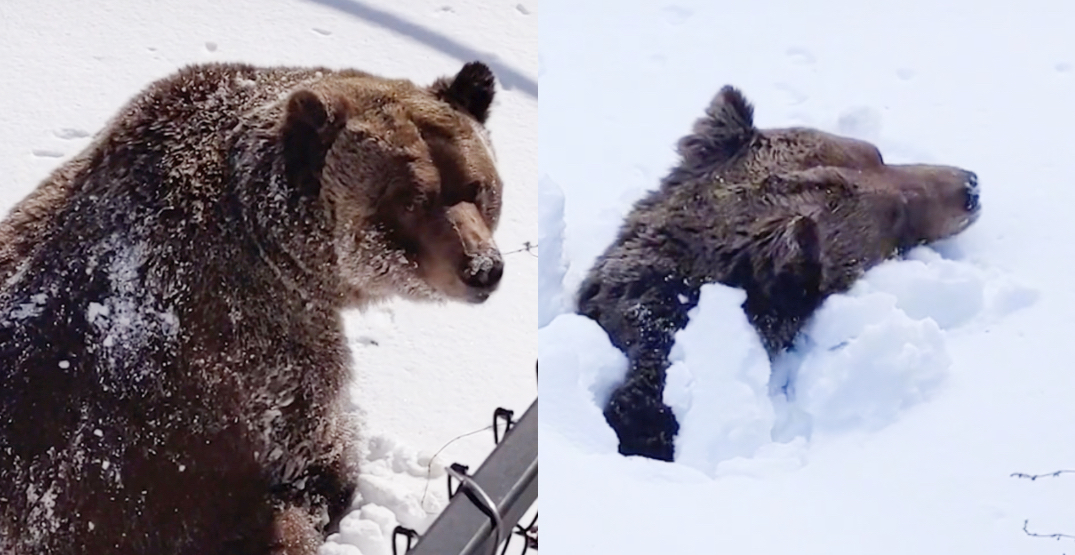 Would you look this good after waking up from a four-month-long nap?

Boo, a resident grizzly at Kicking Horse Mountain Resort, recently found viral fame after being recorded popping out of the snow to awaken for the spring.

“To be honest, we are not extremely surprised by the success of the video,” said a resort rep.

“This is purely based on the fact that it is an extremely cool sight to see and very few people will have had the opportunity to see a Grizzly coming out of their den before this video,” they said.

@kickinghorsemtn Boo has finally decided to join us for 2022! We were extremely fortunate to capture his 20th emergence from his den. #grizzlybear #bear #britishcolumbia #bc ♬ original sound – Kicking Horse Mountain Resort

The video has almost 800,000 views, and the comments section is full of people sympathizing with the bear’s groggy wake up.

Boo’s been living at the resort for 20 years in a 20-acre refuge built for orphan cubs.

The bear’s mother was killed by a poacher when he was only five months old.

He was brought to the Kicking Horse Grizzly Bear Refuge instead of being euthanized.

Now, watching how the bear lives has given us not only valuable viral video content but also a chance to learn about grizzlies in the wild.

For example, the log den built for the bears to use in the winter has a motion-activated camera on its roof so that you can watch them all winter long.

They actually learned that “grizzly bears engage in limited activity during the winter, unlike true hibernators,” said the resort. “For that reason, we now use the more accurate term ‘winter dormancy’ rather than ‘hibernation’ when referring to a bear’s winter slumber.”

Boo is set to spend the rest of his days at the refuge, and the resort says, “He is an inspiration for everyone who comes to see him, and he is an outstanding ambassador for this magnificent species.”