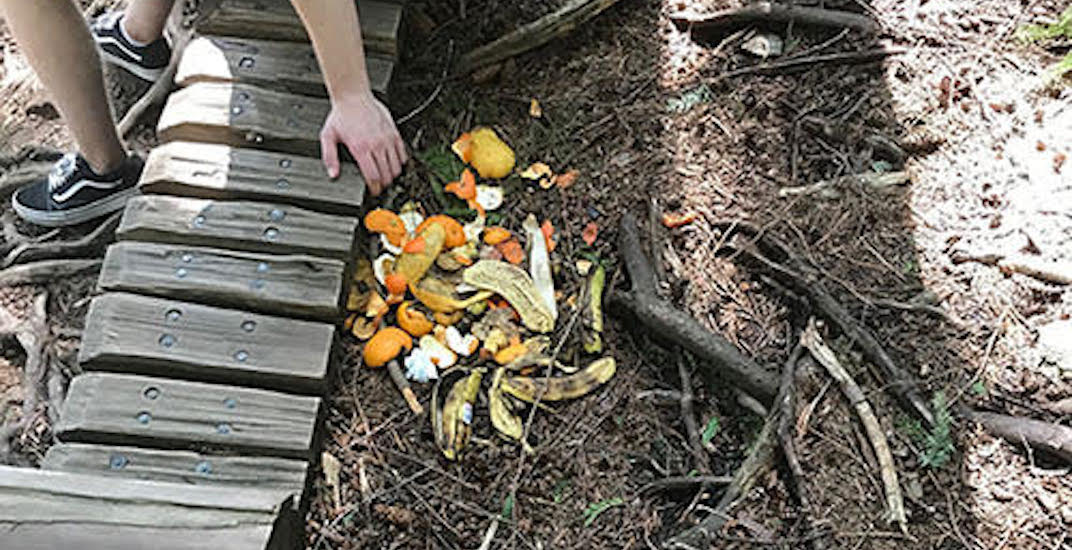 Metro Vancouver Regional District is urging hikers on the Grouse Grind to pack any food waste to avoid unwanted critters from lurking on the popular trail.

The trail leading to the peak of Grouse Mountain has seen much greater use in recent years, especially during the peak summer periods. But there is a problem: Hikers are leaving behind banana peels, orange peels, and other organic waste.

While organic waste eventually decomposes in such a natural environment, it actually attracts blacks bears, says the Regional District.

Other trash such as granola bar wrappers and water bottles also have the potential to attract these animals.

Black bears typically do not roam near the Grouse Grind, as the high level of human presence acts as a deterrent. However, food waste littered on the trail is increasing the likelihood of encounters in the future.

The Regional District is reminding all trail users to take out everything they bring in.

Black bears are occasionally seen wandering the slopes in and around Grouse Mountain, and over the years they have increasingly roamed closer and into urban areas in their search for food.

About 80% of the interactions between humans and bears on the North Shore are caused by garbage.