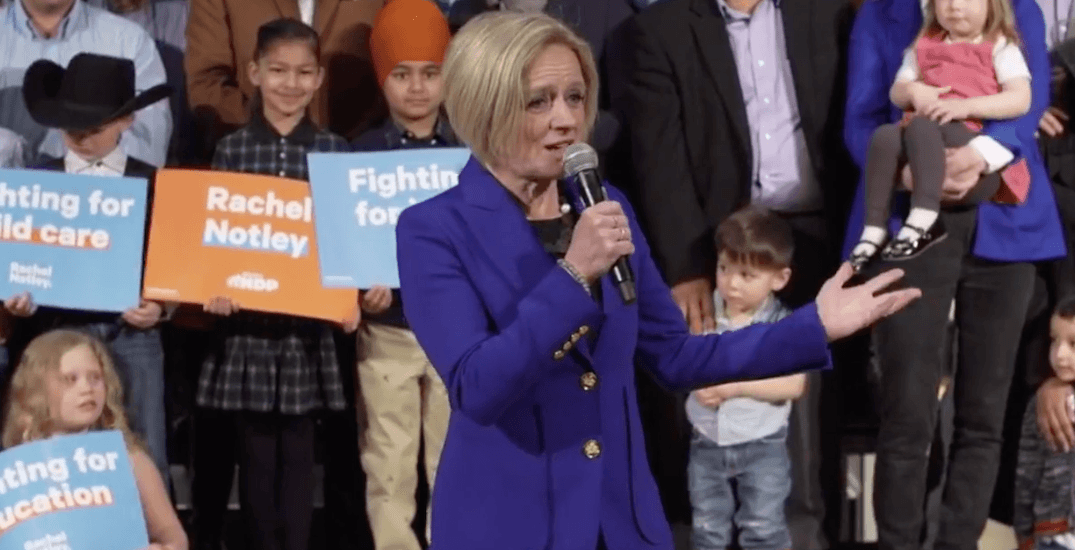 Alberta’s Opposition leader says she’ll be voting for the NDP candidate in her riding on Monday, despite disagreements with the federal party on energy policy.

Provincial NDP Leader Rachel Notley says in a statement that she had been planning to stay on the sidelines during the federal election.

But she says the prospect of a Conservative minority government backed by the separatist Bloc Quebecois has her deeply concerned for the future of the country.

She says the NDP candidate in her riding of Edmonton-Strathcona, Heather McPherson, is the only candidate that can beat the Conservatives there.

Notley, a former premier, says her disagreements with federal NDP Leader Jagmeet Singh over the Trans Mountain oil pipeline have not disappeared, and she will continue to challenge him.

“However, it is also my view that there is no parliamentary makeup that will allow Mr. Singh to assert those views,” Notley said Friday.

Notley added McPherson understands the importance of the energy industry.

“I know she will stand up in parliament, and in her caucus, to ensure Alberta’s perspective is heard — not just by those who agree with us but also by those who do not.”