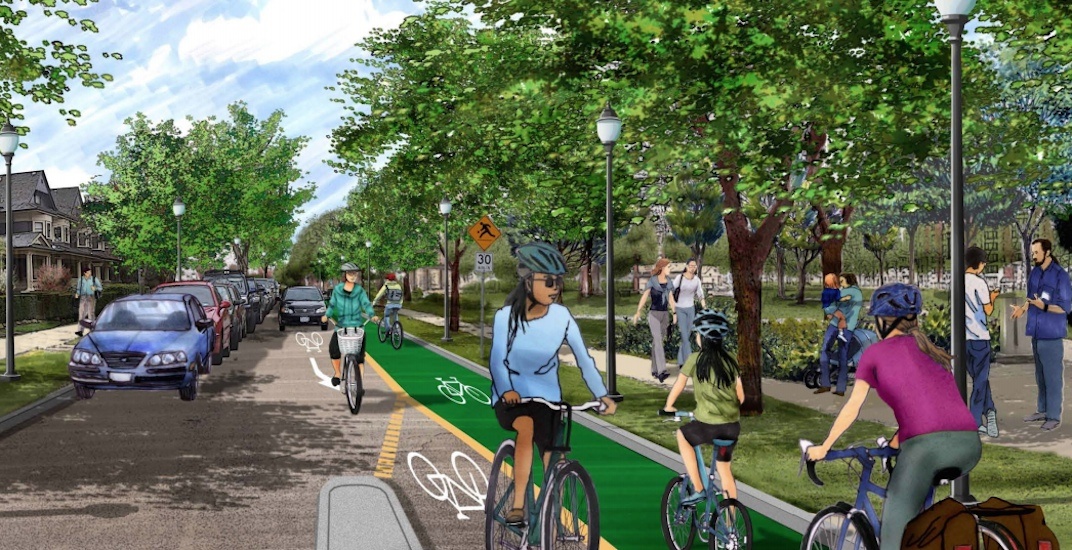 Vancouver City Council has approved a motion put forward by Councillor Andrea Reimer and supported by Mayor Gregor Robertson that prioritizes the construction of a potential “East Van Greenway.”

This would create an arterial bike and walking route somewhere within the northeast quadrant of the city – an area framed by Main Street to the west, Boundary Road to the east, Grandview Highway to the south, and Burrard Inlet to the north. No possible routes have been suggested at this time.

“Vancouver is aiming to be the greenest city in the world and a big part of that is making sure all residents have access to quality green spaces,” said Mayor Gregor Robertson in a statement.

The City says neighbourhoods in the Vancouver Eastside have the lowest per capita incomes and the highest numbers of renters in the city, and therefore, they are currently less likely to have access to private green space and more likely to walk and cycle.

“We are working towards our target of ensuring that all Vancouverites are within a 25-minute walk or a 10-minute bike ride from a greenway. A new East Van Greenway would be a big boost to the existing network and help to connect the many diverse communities in the northeast chunk of our city.”

Now that the motion has been approved, City staff will review opportunities for the East Van Greenway and report back to City Council in time for the possible inclusion into the 2019-2022 Capital Plan.

Other Greenways in the city include the Arbutus Greenway, North Arm Trail, Comox-Helmcken, Ridgeway, and the UBC Seaside Greenway.

Yesterday, City Council also approved the high-level conceptual design of the future Arbutus Greenway, which sets space aside for the future streetcar line. Dependent on available funding, construction on the first phase of the project could begin within the upcoming capital plan period.