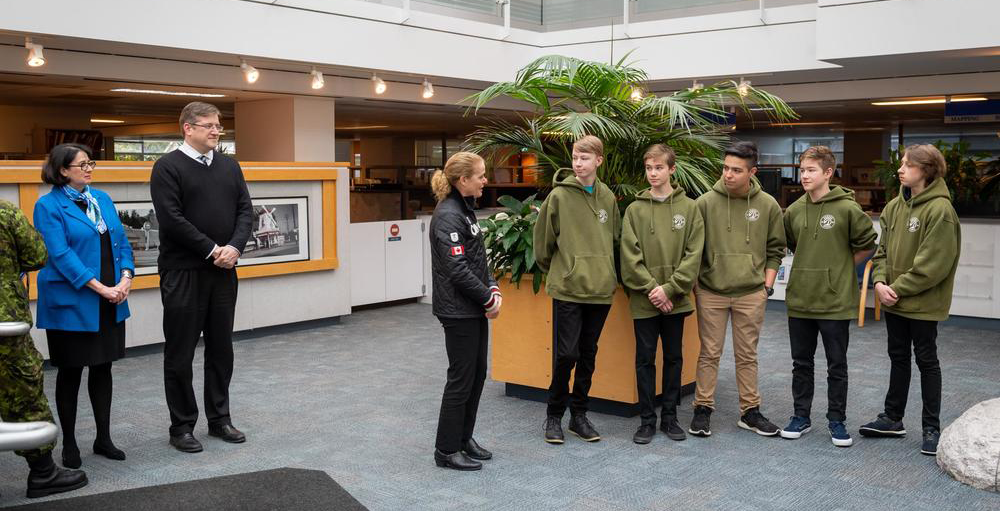 Courtesy of the office of the Governor General of Canada.

Last year, the child fell from the Screaming Eagle chairlift, Grouse Mountain spokesperson Julia Grant said at the time. Video from the incident showed the child dangling above the ski hill.

The quick-thinking boys grabbed nearby fencing to create a makeshift net for the child to drop into. The child was taken to hospital as a precaution, but didn’t suffer any lasting injuries.

The boys received complimentary season passes to Grouse Mountain at the time, and the Governor General’s honour is the latest thanks for their heroic actions.

Payette also took part in a public skate, met with first responders dealing with the opioid crisis, and commemorated the city’s 10-year anniversary of hosting the Olympic and Paralympic Winter Games during her visit.