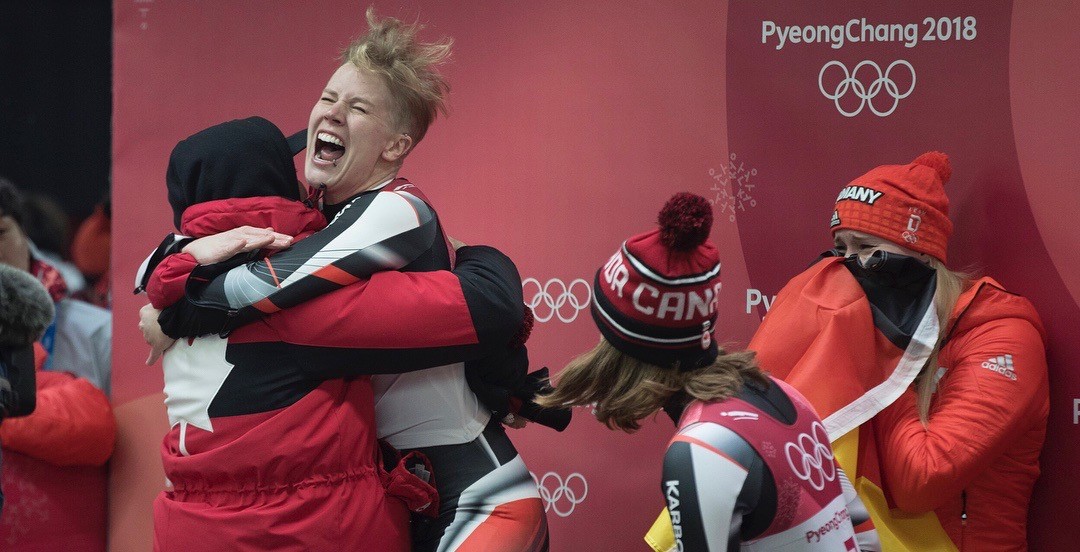 Until now, Canada had never won an Olympic medal in the sport of luge (surprising, but true).

That changed this morning as Canada’s Alex Gough made history for the country by taking home a shiny bronze medal in the luge event.

Gough claimed the third-place spot by seven one-hundredths of a second with this run:

Canada’s @AlexGoughLuge wins her 1st Olympic medal with a bronze in the women’s luge https://t.co/rK0JgCh3Tz pic.twitter.com/b9DPOsA7QW

Canadian eyes were on Gough after the first two runs on Monday at the Olympic Sliding Centre saw the athlete in third place. She remained in third heading into the final run.

But the Calgary native looked like she was destined for fourth place after the fourth run. She crossed the finish line in second place, with the top two racers still to go.

The next racer, German Tatjana Huefner, had a disappointing run though – finishing behind the Canadian to guarantee Gough bronze and sending the Canadian luge team into a frenzy.

Calgary’s Gough, 30, is no stranger to the Olympics; she has competed since 2002. The bronze medal win comes after two fourth-place finishes in Sochi in 2014. “I came so close in Sochi, so to pull through here…what can I say?,” she told a reporter post-win.

Her mother and husband were there to celebrate her new, well-deserved (and overdue) hardware.