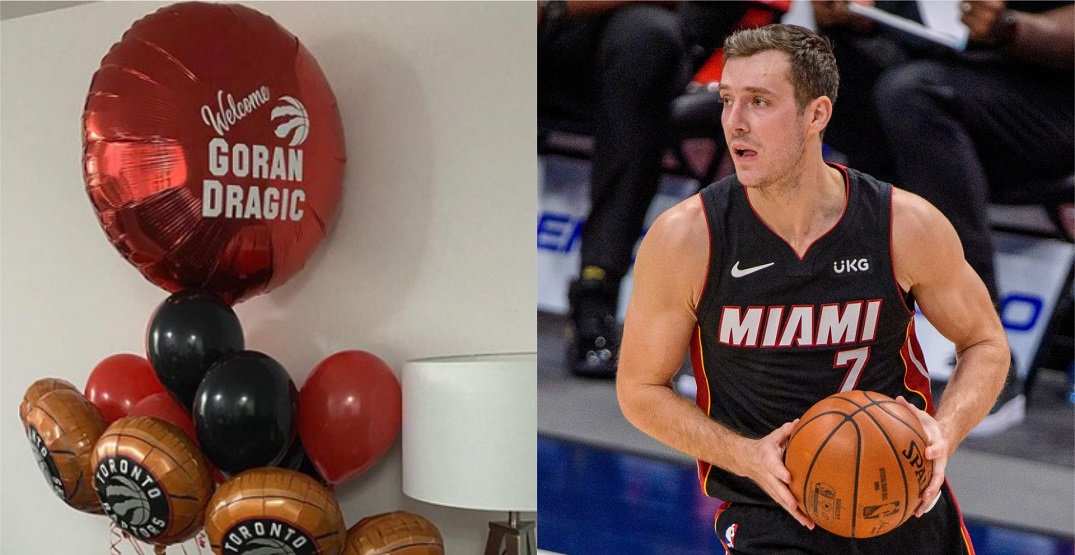 Goran Dragic appears ready to suit up for the Toronto Raptors this season after all.

The veteran point guard was acquired via Miami in the Kyle Lowry sign-and-trade, and there were talks he’d be flipped to a third NBA team this summer, with Dallas repeatedly finding themselves at the forefront of rumours.

There was a bit of controversy earlier this offseason when Dragic was interviewed in his home country of Slovenia and said that Toronto was not his “preferred destination” after seven seasons in Miami.

A since-deleted Twitter video went viral, starting things off on rocky grounds with his new team.

Dragic offered an apology to Raptors fans for the quote via Sportsnet’s Michael Grange, saying it was more about his family situation and willingness to compete for another championship than anything to do with the organization or the city.

But it appears that Dragic has now put the incidents behind him, as he shared a post on Instagram about his excitement for the upcoming Toronto Raptors season.

“Let’s get to work!!! Thank you @raptors,” Dragic wrote in the caption.