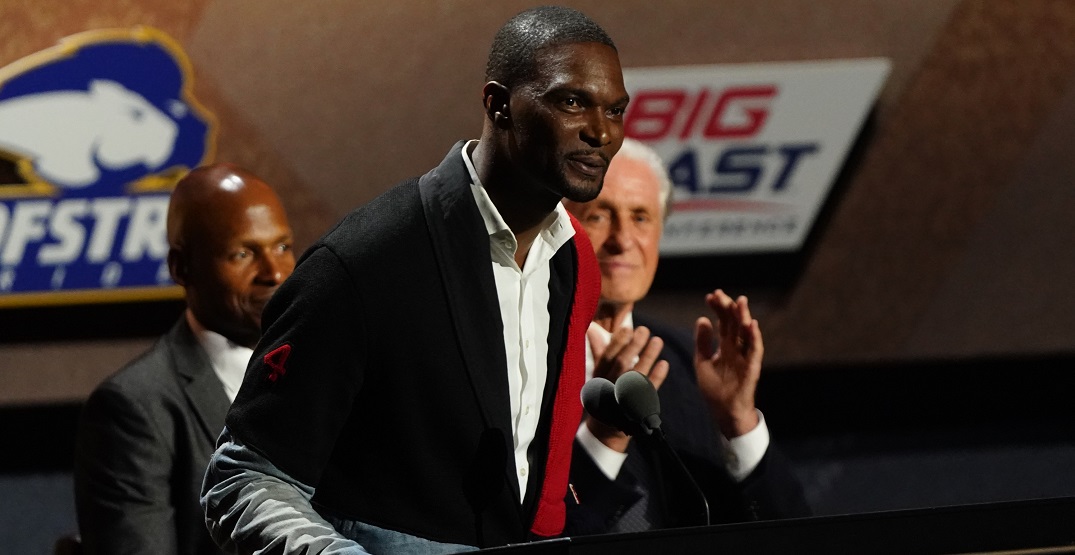 Bosh spent the first seven seasons of his Hall of Fame career with the Raptors, before joining up with Dwyane Wade and LeBron James in Miami for four consecutive NBA Finals appearances, winning it all twice.

Though some Raptors fans may still be a little peeved at the way Bosh left, it appears that the organization themselves has put that behind them.

From your Raptors family

“He had to carry a lot and he took on everything and never complained,” Peterson said of Bosh’s maturity in his rookie season. “He learned he stepped the game up, really took over the team at times during this first year.”

Bosh spent 509 games in a Raptors uniform, averaging 20.2 points and 8.5 rebounds per game.

“I knew that we were going to be okay because we have a leader in that locker room, that everybody was gonna listen to and follow,” Mitchell added.

In his seven seasons in Toronto, Bosh made the All-Star game five times.

“We were so proud as a franchise to have drafted you as a young man in 2003 and watch you blossom into a Hall of Fame player, an NBA champion, and just a wonderful person, over the course of your career,” Tanenbaum said. “Chris, thank you for everything you contributed to the Raptors franchise, and to our community in your years in Toronto.”