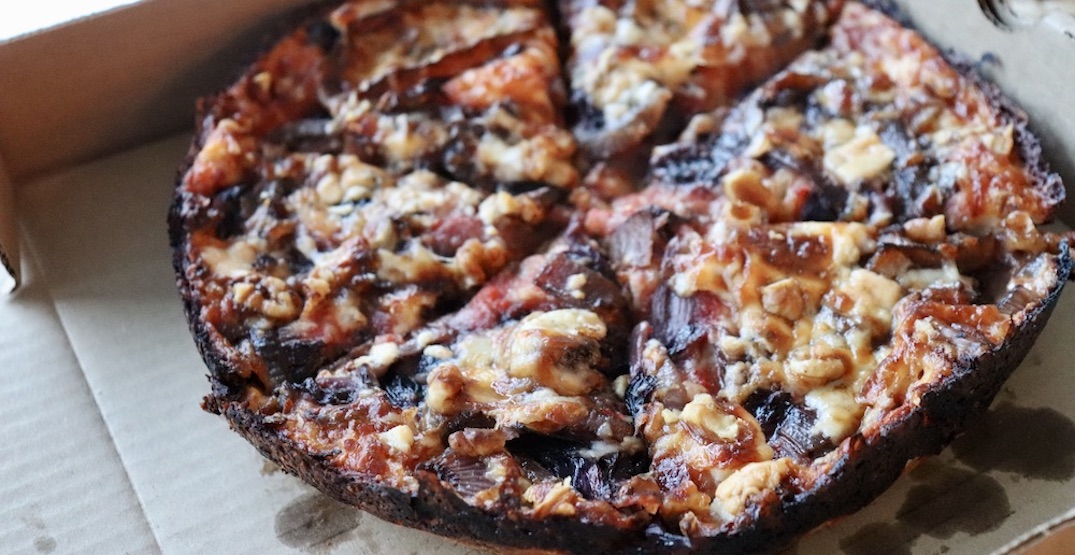 Good Pizza has officially launched its pre-orders, and that means you’re going to need to act fast if you want to try this new pan pizza in Vancouver.

Owner Alexander Cashin told Dished Vancouver his circular creations are somewhere between Regina-style and Detroit-style pizza, although he says he’s not trying to nail any specific variety with his pies.

The unique style of pizza features a dense, crunchy, and chewy crust loaded with cheese and toppings, and we mean like, loaded with toppings.

Pre-orders are very much required for this concept, which opens weekly on Wednesdays through Good Pizza’s website (the first one is open now).

Good Pizza will operate out of Modus Coffee (112 W Broadway) on Mondays and Thursdays for pickup orders only.

To give back to the community, Cashin has pledged 20% of his profits to organizations in need. For January and February donations will be given to The Downtown Eastside Women’s Centre. 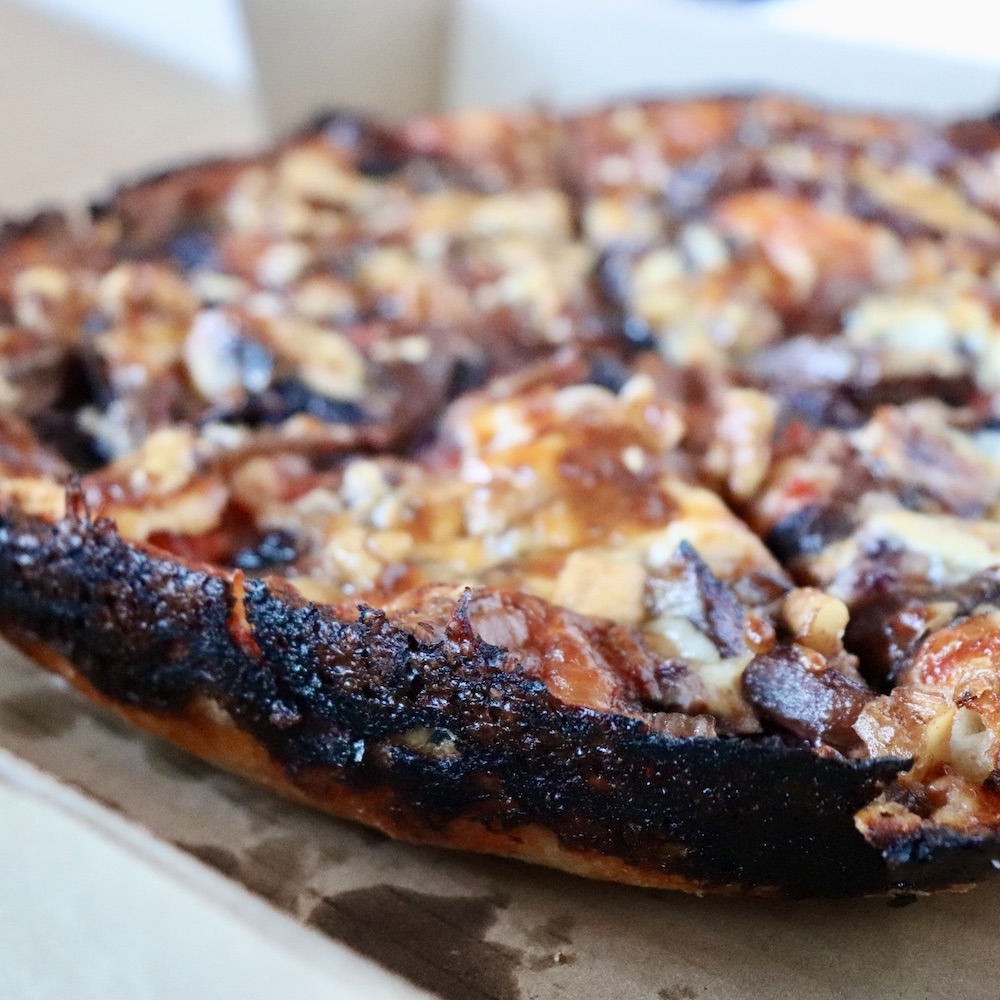 Now to get back to the pizzas. The crispy-crunchy cast iron-made pies aren’t just your average varieties.

Flavours will rotate, but the morsel we tried was called “Don’t Be Bitter, Be Butter.” This vegetarian pie featured brown butter radicchio, balsamic red onion, walnuts, blue cheese, and hot honey on a tomato sauce base with a generous amount of mozzarella.

There are vegan, veggie, and meat-based pizzas up for order each week. Pizzas are $20 and are 10-inch, six-piece pies, but they are thick and very filling. Stretchy pants are highly recommended for this one, folks.

Be sure to check out this new purveyor if you’re a pizza fan, you won’t regret it!