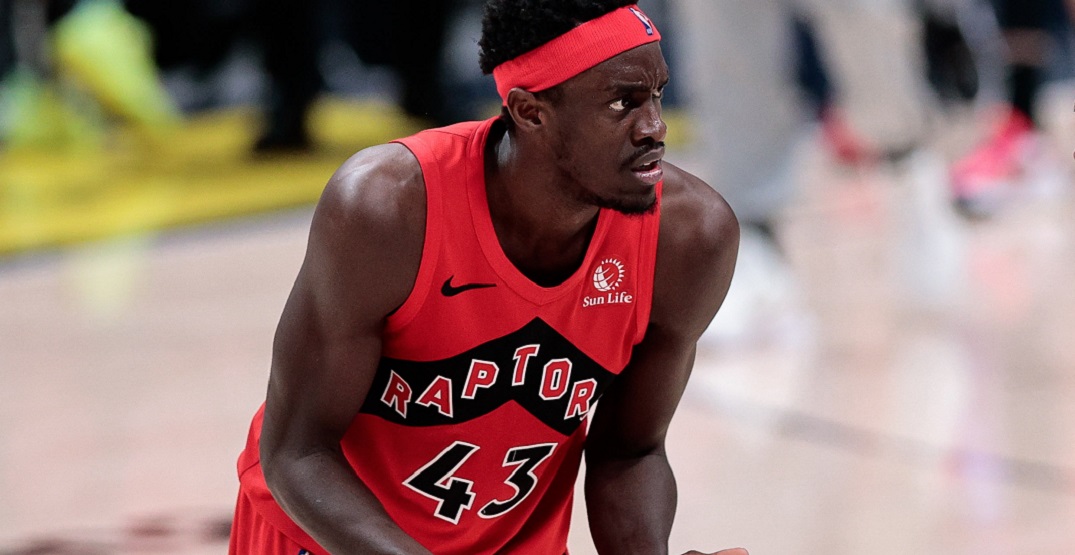 Toronto Raptors forward Pascal Siakam could be heading to the Golden State Warriors this summer in a blockbuster offseason trade, per The Athletic‘s John Hollinger.

Coming back the other way in Hollinger’s report? 2020 second overall pick James Wiseman, and the Warriors’ seventh overall pick in next month’s draft.

“There is a widespread expectation that the Warriors will use No. 7 and Wiseman, in particular, to seek more immediate upgrades to the roster,” Hollinger wrote in a column for The Athletic. “One name to watch: Pascal Siakam.”

Is the trade feasible?

As Hollinger presented the deal, it is actually a trade that could make a lot of sense for both sides.

Though they’ve missed out in the playoffs in each of the last two seasons, Golden State wants to win now, with one pretty clear reason why.

Warriors point guard Steph Curry, largely considered the greatest shooter in NBA history, is 33 years old. While he’s still hopefully got plenty of miles left on his basketball career, he’s entering his 13th season and will presumably be hit by the aging bug at some point.

Wiseman is a 7-foot-0 centre who started 27 games for the Warriors last season, coming off the bench 12 other times in his rookie year. He averaged 11.5 points and 5.8 rebounds a night in an average of 21 minutes.

For the Raptors, they’ve got a more youthful roster with Siakam, pieces like Fred Van Vleet, OG Anunoby, and Malachi Flynn, but there’s still plenty of uncertainty to the future of their franchise.

Siakam himself is an all-star calibre talent, having been named to the all-star game for the first time in 2020 as well as the All-NBA second team.

But he’s had multiple setbacks with his game over the last season-and-a-half, including a disappointing playoff series against the Boston Celtics where he seemed unconfident in his abilities and ultimately took “a lot of the blame” for the Raptors’ loss.

Getting two pieces back for Siakam: Wiseman, and another first round pick at seventh overall wouldn’t be a bad return at all. With the Raptors picking fourth overall at this year’s draft already, the trade would offer flexibility for Toronto.

Of course, keeping a player like Siakam isn’t a bad idea either: despite his struggles, he’s proven that he can bring it when it matters most.

Nobody has gotten a better look at Pascal Siakam’s greatness than the Warriors did during the 2019 NBA Finals.

Siakam didn’t end up winning the Finals MVP (that went to Kawhi Leonard), but his 32-point effort in Game 1 and 26-point night in a title-clinching Game 6 will last in Raptors’ fans memories, well, forever.