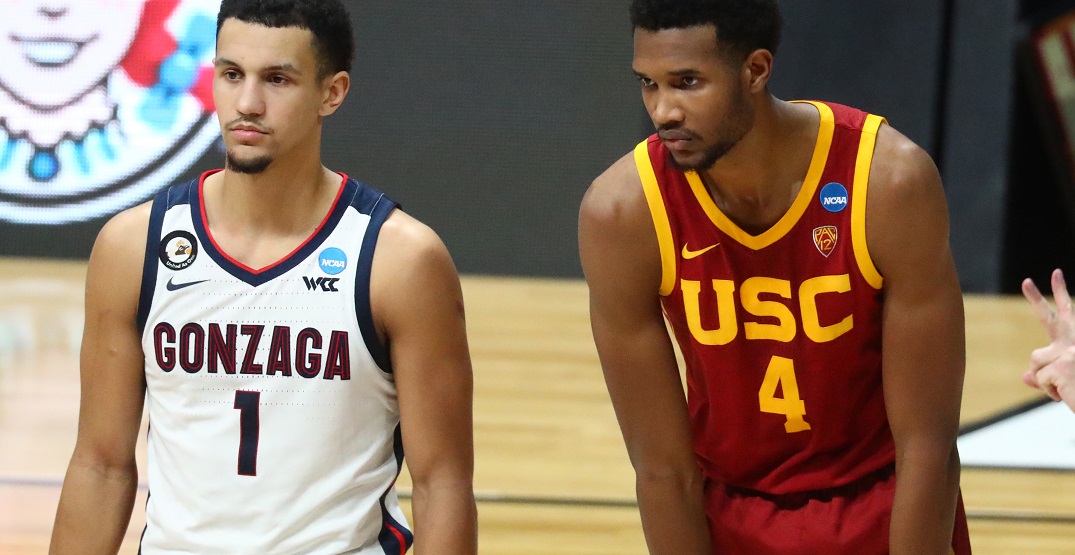 After moving up in last night’s draft lottery, the Toronto Raptors will be picking fourth in next month’s NBA draft, assuming they decide to retain their pick.

Beyond that, there’s nothing assured of what will happen.

Oklahoma State guard Cade Cunningham is the consensus No. 1 pick, and likely won’t be available when the Raptors pick. After that, it’s a little more wide open, but Raptors fans should be very excited for whoever they’re lucky enough to have secured with last night’s draft lottery win.

They should claim one of these four players at the NBA Draft in Brooklyn on July 29.

Jalen Green is described by ESPN’s Jonathan Givony as the “most explosive player in the draft,” and it’s not hard to see why.

In his 15 games this past year with the NBA’s developmental G League Ignite, Green led all draft-eligible prospects in points per game (17.9), three-pointers made per game (2.1), and steals per game (1.5).

Particularly if Kyle Lowry is on the outs, Green would be a fantastic addition for Toronto.

Jalen Suggs led his Gonzaga side all the way to this year’s NCAA championship game as a freshman, eventually falling to Baylor in the final.

But what a run it was before that, as the Bulldogs finished the season with a 31-1 record, largely due to Suggs’ contributions.

He can do it all: defend the post, shoot the odd three-pointer, or drive the lane with his big frame for an easy basket.

Mobley is your classic case of a player who hasn’t quite filled out yet, with “lanky” being an understatement. But if the Raptors’ strength and conditioning staff are able to work with a player like Mobley, the sky’s truly the limit.

The least likely pick of all the big names on the draft board, Jonathan Kuminga is still a fine talent.

Kuminga was a teammate of Green’s in the G League, as the pair provided a solid 1-2 punch in the pandemic-shortened season.

Based on positional fit, and the fact there should be a player with higher upside ahead of him, Kuminga’s chances of being a Raptor are admittedly pretty low.

If Toronto’s front office does decide to take him, however, he wouldn’t be a bad selection at all. His shooting still leaves a little to be desired both from the free throw line and the field, but he’s looking on pace to to being a solid NBA contributor eventually.

When selecting at the draft, do you take the best player available, regardless of position? Or do you look for the best fit for your current roster? It’s a chicken-and-egg type question, but Mobley could be both for Toronto if things fall their way.

Mobley is the clear top ‘big man’ of the draft, with no other centres projected to go in the top five (or depending where you look, often the top 10.)

There is a straightforward path that Mobley falls to the Raptors.

Oklahoma State point guard Cade Cunningham to Detroit at first overall seems like a done deal.  Picking second, Houston has an established centre in Christian Wood, who put up 21 points and 9.6 rebounds a night this past season.

Picking third, we have the Cleveland Cavaliers.

At centre for next year, Cleveland currently have restricted free agent 22-year-old centre Jarrett Allen at the top of their depth chart: a starter for 40 games this year, but far from a star talent. But the Cavs need help… everywhere else, too. Collin Sexton, who led the Cavaliers in Win Shares with 3.5, ranked 121st league wide. They simply don’t have anything close to a single star player based on current performance.

It’s not a perfect measurement of a player’s overall value, but it does help to explain why the Cavaliers went 22-50 this season. If Cleveland wants a centre, they’ll take Mobley.

If Mobley remains on the board after the Cavaliers pick (with likely Green and Suggs going ahead of him), it would be natural to expect the Raptors to take him.

As we can see though, it doesn’t seem like there’s a bad option either way.