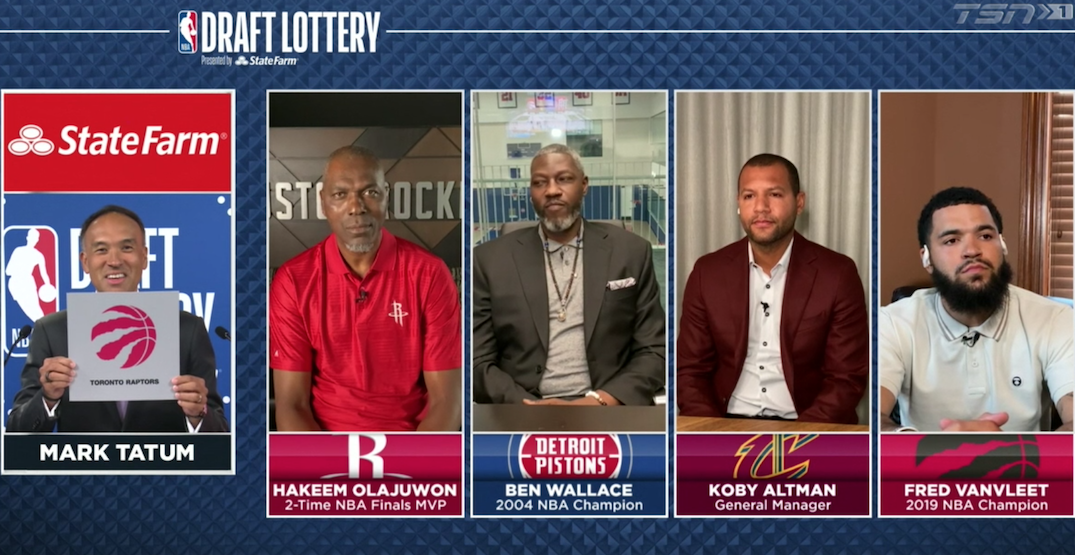 With Fred VanVleet representing them, the Toronto Raptors have beaten the odds at the 2021 NBA Draft Lottery.

The Raptors won the fourth overall pick, moving up from seventh position, meaning they will get a very good player at the upcoming NBA Draft.

Entering the lottery with the seventh-best odds, the Raptors had a 31.9% chance to move up, and just a 7.5% chance to get first overall.

The Detroit Pistons were the big winners of the day, moving up from second position to claim the first overall pick. The Houston Rockets dropped one spot and will pick second, while the Cleveland Cavaliers moved from fifth to third.

The top prize in this year’s draft is expected to be Cade Cunningham, a 6-foot-8 point guard out of Oklahoma State University.

The 2021 NBA Draft will take place on July 29 at Barclays Center in Brooklyn.