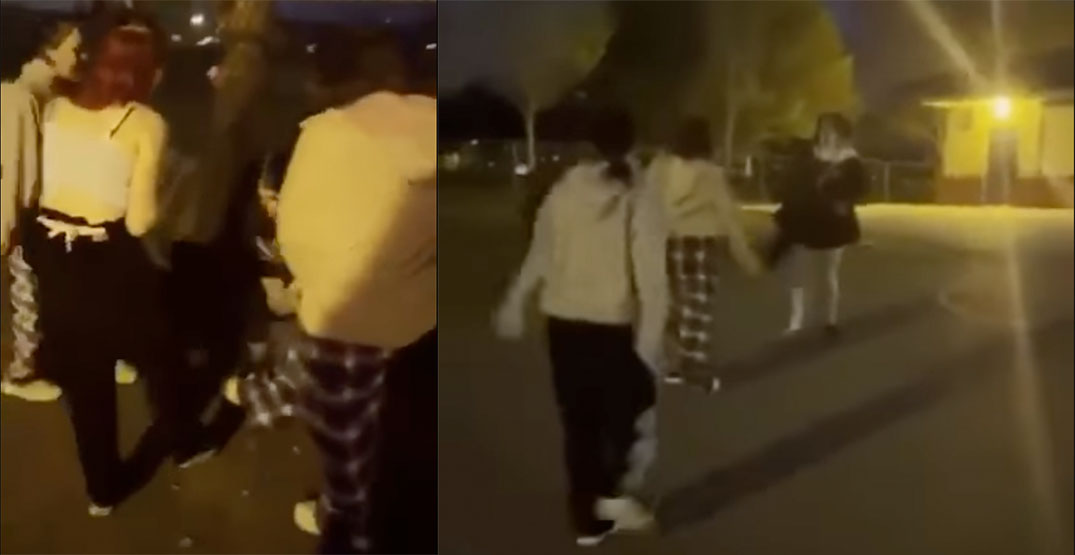 Trigger warning: This article contains descriptions and images of assault.

Support and donations are pouring in for a teenager in Surrey who was left with broken bones and a concussion after an assault outside a school.

A GoFundMe has now raised almost $5,000 after apparently being started by the young girl’s aunt.

It says the teen was brutally attacked in Cloverdale earlier this month and was left with a concussion, broken nose, possible broken ankle, and many bloody scrapes and bruises that covered her body.

The assault was captured on video, where a group of several teens scream at the victim, chase her, kick her, and force her to kiss their shoes. 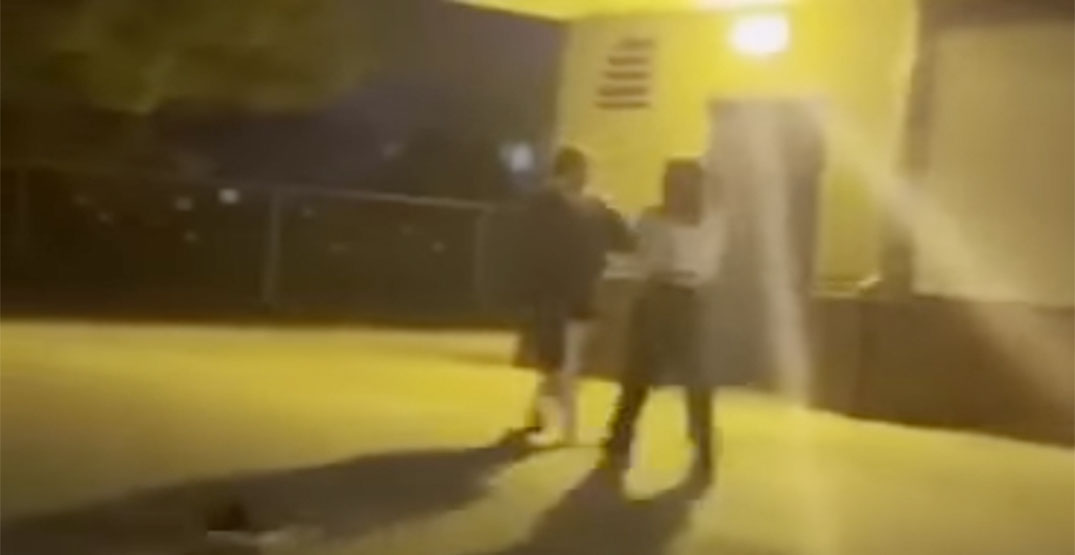 It starts with the teens chasing the victim through the schoolyard yelling “run [expletive]”. They eventually corner her against the fence and demand she kisses their shoes. All the while, the victim is heard saying “I’m sorry I didn’t know.”

Daily Hive has chosen not to publish the video due to its graphic nature.

In an email to Daily Hive, Surrey RCMP say that on May 7, the force received reports “of a group of youth yelling and screaming behind a school located in the 18500-block of 65 Avenue.”

When officers arrived, they found a youth victim who had been assaulted.

The teenager believed to be the primary aggressor was “arrested and released to a guardian on an Undertaking with a future court date.”

According to Mounties, the investigation is still ongoing, but initial indications are that this stemmed from a conflict between parties who are known to each other.

On GoFundMe, organizer Kayle Fallowfield writes, “My ultimate goal would be to raise enough not only for possible counselling fees but to replace the things that were broken, stolen and damaged as well, and overall so maybe she and her mother can go treat herself to make her hopefully feel loved and cared about.”

The fundraiser is also filled with support from family, friends, and strangers.

One person writes, “Darkness lives in the hearts of those who do these kinds of things, time will reveal their fate and it will not be kind … You are so much brighter than this ugliness cast upon you. Never let them take your shining light away, it is not to be your destiny, for you are greatness. Shine on sweet soul with your head held high.”

Others send love and hugs and hope she sees that there are good people out there.

“I want to tell you (and any teen) that high school is only five years of your big long wonderful life! Whether it’s wonderful or awful — it WILL be over one day soon. I hope/pray the people you meet outside of high school will restore your faith in humanity. This was awful, you didn’t deserve it, and may karma reach the culprits. Meantime, remember that decent people care and wish we could have been there for you. I’m so sorry this happened to you but please persevere ❤. Mean kids will drop to the bottom of the barrel of life and my wish is for You to rise to the top!”