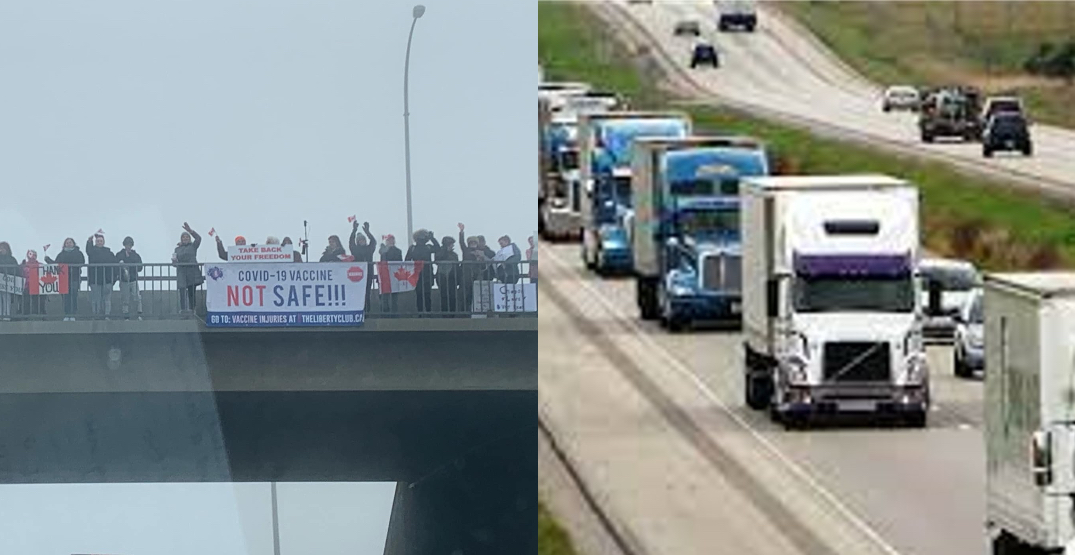 A big chunk of the $6.4 million raised in a GoFundMe for truckers taking part in the “Freedom Convoy” has now been released to organizers.

In a statement, GoFundMe says the organizer has provided a clear distribution plan for funds being used to cover the fuel costs of participants who are peacefully protesting, and an initial $1 million has been withdrawn by the organizer to support that effort.

“The trust and safety of our global community is our top priority. That is why we’re following our standard verification process and working directly with the campaign organizer to ensure the funds are distributed as stated by the organizer and in compliance with the law and our Terms of Service.”

It goes on to say, “Our goal is to protect the generosity of donors and ensure that all donations go to those intended. As part of our verification process, we require full transparency from the organizer about the flow of funds to ensure there’s a clear plan and donors are informed on how the funds will be spent.”

Organizers of the fundraiser, which now has a new goal of $7 million, say the money raised will be used to cover the cost of fuel and will also be used to assist with food and shelter if needed.

GoFundMe says it will continue to work with the organizer on the release of funds remaining after participants are reimbursed.

Truckers from across the country began a journey early this week in BC to raise awareness and end the COVID-19 vaccine mandates for cross-border truckers.

The convoy is expected to arrive in Ottawa on the weekend, and police have held a special meeting in preparation of the demonstration.

Police and our partners are focused on providing a safe environment for the community and demonstrators. We are aware of inappropriate and threatening language on social media related to this event. (1/2) pic.twitter.com/hOyOUmuJK0

The “Freedom Convoy” is now getting support from some big names across the border, including the founder of Tesla.

The hashtags #FreedomConvoy2022 and #TruckersForFreedom have been trending across Twitter all week.