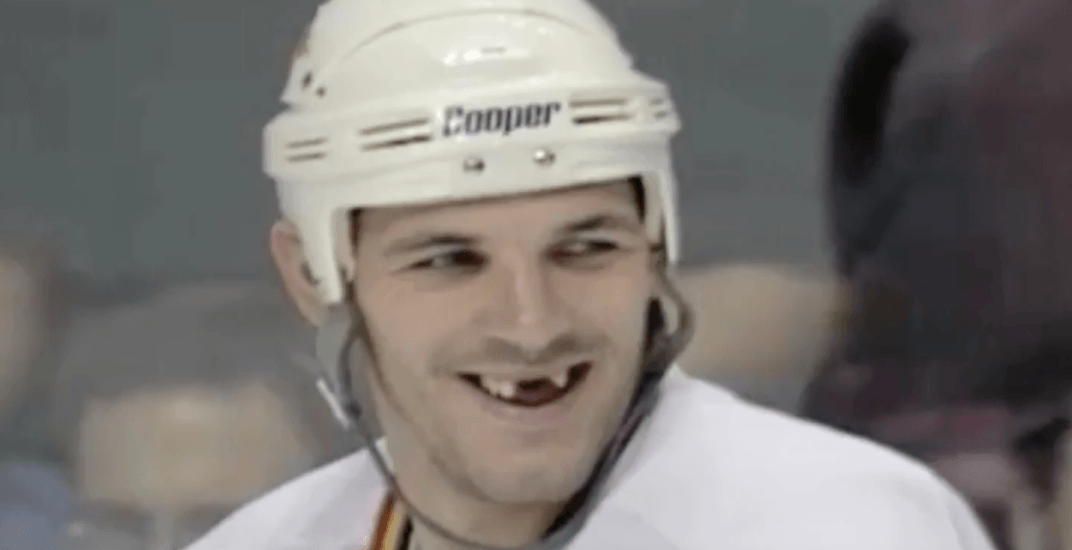 It’s a milestone for many reasons.

After being diagnosed with a rare heart disease back in 2014, former Vancouver Canucks left winger Gino Odjick was given just months, maybe weeks to live.

But three years later, the well-known and much-loved player is not only alive, but is also able to enjoy a special tribute to him, in the form of a song by Canadian musician Geoff Berner.

Simply titled “Gino Odjick”, the song speaks of Odjick’s heart and soul as a Canucks player.

With lyrics like “I’m just fighting to stay in the game,” the song pays tribute to his reputation as en enforcer on the ice, as well as his current health battle.