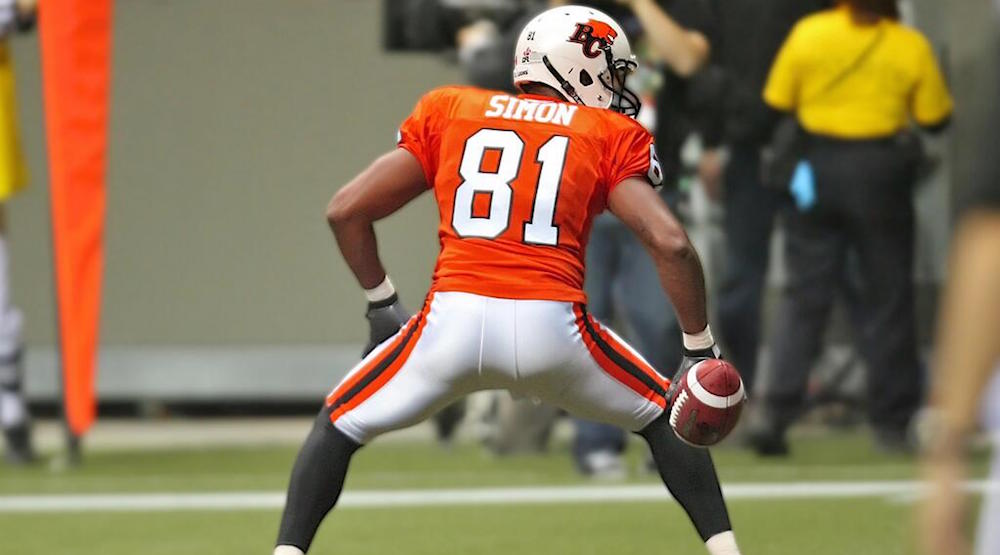 Geroy Simon and Mark Recchi highlight a list of 11 people and one team that will be inducted into the BC Sports Hall of Fame class of 2017, it was announced on Wednesday.

Tim Frick (wheelchair basketball), Frank Smith (football), as well as George and Dianne Tidball (equestrian), will be inducted in the coach/builder category.

Chang Keun Choi (taekwon-do) will be inducted in the pioneer category, while David Sidoo (football), will receive the WAC Bennett Award.

The 1969-70 UBC Thunderettes (women’s basketball) will be inducted in the team category.

Simon played for the BC Lions from 2001 to 2012 and is one of the best receivers in CFL history. He ranks as the CFL’s all-time career receptions and reception yards leader.

A fan favourite, the lasting image of Simon is his Superman pose, which he did to celebrate his franchise-leading 93 touchdowns.

He helped lead the Lions to two Grey Cups, in 2006 and 2011. Individually, he won the Most Oustanding Player Award in 2006 and was named a CFL All-Star on six occasions.

“I’m very grateful and proud to be selected by the BC Sports Hall of Fame for this very special honour,” Simon said. “My career with the BC Lions has been incredibly rewarding and this is both an unexpected and humbling day to be included among these amazing athletes and builders.”

Mark Recchi is the other big name that will be inducted next year.

Recchi won three Stanley Cups as a player and one as a coach. He played a remarkable 22 seasons in the NHL, recording 1533 points.

The Kamloops native put up a career-best 123 points as a member of the Philadelphia Flyers in 1992-93.

Since 1966, the BC Sports Hall of Fame has inducted 374 individuals and 59 teams. The 51st induction class will be formally inducted to on April 12, 2017 at the annual Banquet of Champions at the Vancouver Convention Centre.

We sat down with Superman himself to talk about his induction into the @bcsportshall! 🏈