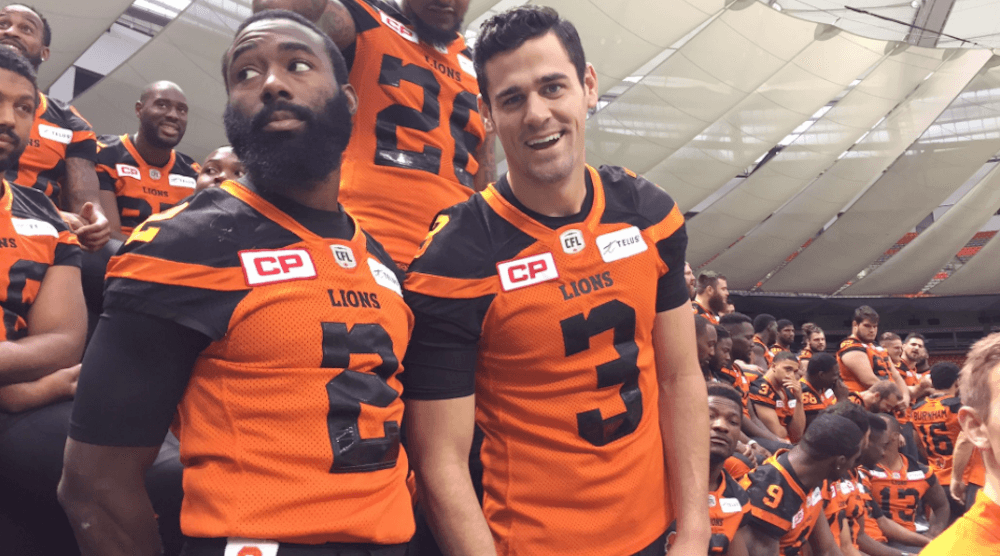 Solomon Elimimian, Jovan Olafioye, Adam Bighill, Emmanuel Arceneaux, Chris Rainey, and Richie Leone have been named CFL All-Stars for the 2016 season. For Olafioye, Bighill, Arceneaux, and Leone, this is the second straight year they’ve been given this league-wide honour.

The Calgary Stampeders led the way this year, with a CFL record nine All-Star selections. The Lions had the second-most, with six, improving their total from a year ago when they had five players selected.

Elimimian, who was injured for much of last season, had a terrific comeback season. The 30-year-old linebacker now sits just 13 defensive tackles shy of the franchise record.

Olafioye has been named an All-Star six consecutive times. The offensive lineman has been incredibly durable, not missing a single start in seven seasons with the Lions.

Bighill is a CFL All-Star for the fourth time in five years. The other half of “Team 100” had 108 tackles, trailing only his teammate Elimimian.

Arceneaux was honoured after recording 105 receptions for 1,566 yards and a league-leading 13 touchdowns. He had the most productive season by a Lions receiver since Geroy Simon in 2006.

Rainey received his first All-Star nod, as a special teams player, after leading the CFL in kickoff return yards and finishing third in punt return yards. He led the league in all-purpose yards, with 2,945.

While Leone struggled placekicking this season, he was named an All-Star because of his superb punting. He led the CFL with an average of 49.3 yards punting and a net average of 36.9 yards.