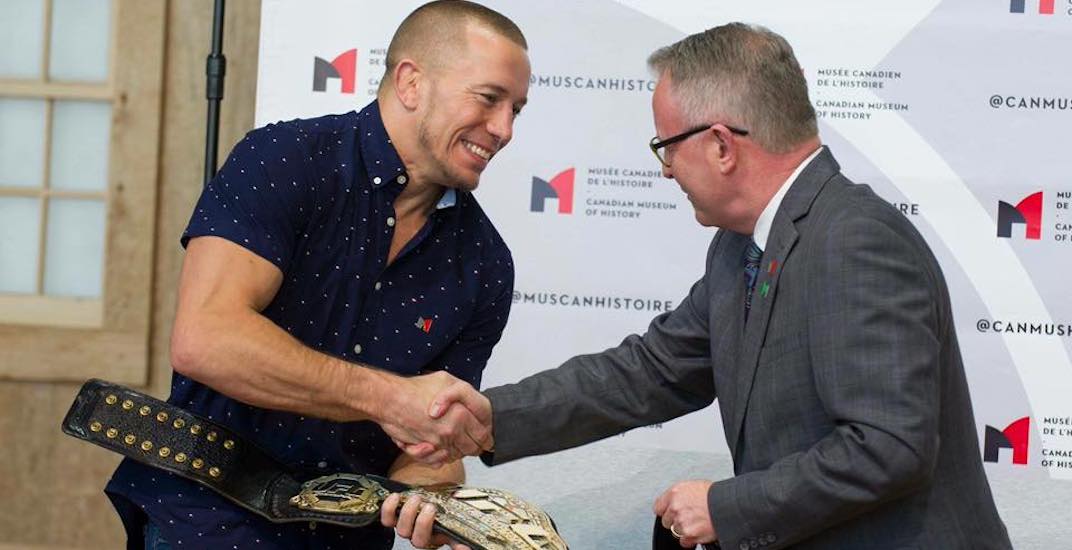 Georges St-Pierre is calling it a career.

St-Pierre will officially announce his retirement at a press conference Thursday at the Bell Centre in his hometown of Montreal, according to a report from RDS’s Benoit Beaudoin.

The 37-year-old Canadian was hoping to secure a fight against unbeaten UFC lightweight champion Khabib Nurmagomedov, but that failed to materialize, reports ESPN’s Ariel Helwani.

Georges St-Pierre will officially announce his retirement from MMA tomorrow morning at a press conference in Montreal, multiple sources told ESPN. GSP had hoped to secure a super-fight w/ Khabib. Once that didn’t materialize, he decided it was time to walk away. More shortly.

The 37-year-old Canadian is of the most decorated fighters of all-time, retiring with a 26-2-0 record. A three-time welterweight champion, GSP holds the third-longest individual UFC title reign of 2,064 days.

St-Pierre has retired once before, leaving the sport in 2013 before returning with a win over Michael Bisping in 2017, claiming the middleweight championship at UFC 217.

Given he turns 38 in May, this is surely the end for one of the greatest mixed martial arts fighters of all-time.