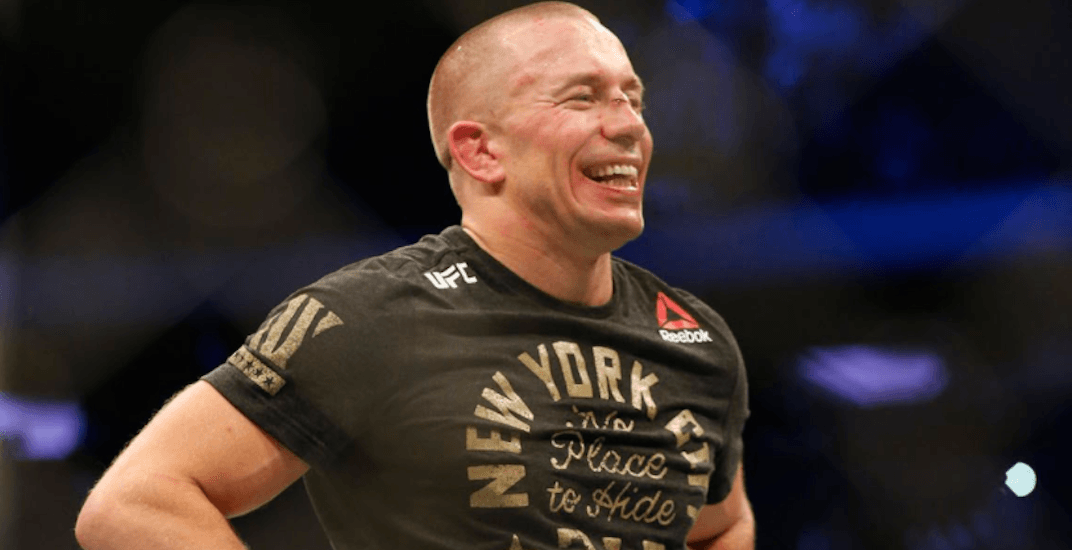 Georges St-Pierre’s still got it.

It was a crazy night at UFC 217, and the cherry on top was the Canadian MMA legend returning to the octagon – and doing what he does best.

It’s been 4 years since UFC gold has been around his waist. #AndNew @GeorgesStPierre pic.twitter.com/si3UXeWyi7

In the third round, a bloodied GSP took down opponent Michael Bisping. A follow-up burst of elbows and punches led to a rear naked choke – and it was over.

It was the first fight in four years for the 36-year-old and a high stakes one at that.

In dethroning Bisping, St-Pierre is now the UFC Middleweight Champion. He also joins elite company, becoming the fourth fighter in UFC history to be a champion in multiple divisions.

Oh, and he also tied the record for most wins in UFC history. No big deal.

Georges St-Pierre now has 20 UFC wins, tied with Michael Bisping for most wins in UFC history

It wasn’t all smooth sailing for GSP though. He was busted open by Bisping in the third round and it didn’t look good. But even after four years, the three-time Welterweight Champion had the poise to battle back and complete the submission victory.

It was an impressive comeback performance, one that has some people ready to declare him the GOAT.

GSP: #1 all time. Tonight confirms it. Done deal. Bow down.

The case is definitely there too when you consider his record, no PED controversies, and the fact that he’s beaten every fighter he’s ever faced. His only two career losses came against Matt Hughes and Matt Serra, and he later beat them both.

GSP showed his Canadian side in the interview after the fight, giving credit to his opponent and saying “sorry” several times.

It was a historic night for the UFC and for St-Pierre, and after four years, it’s great to see him back in the octagon.