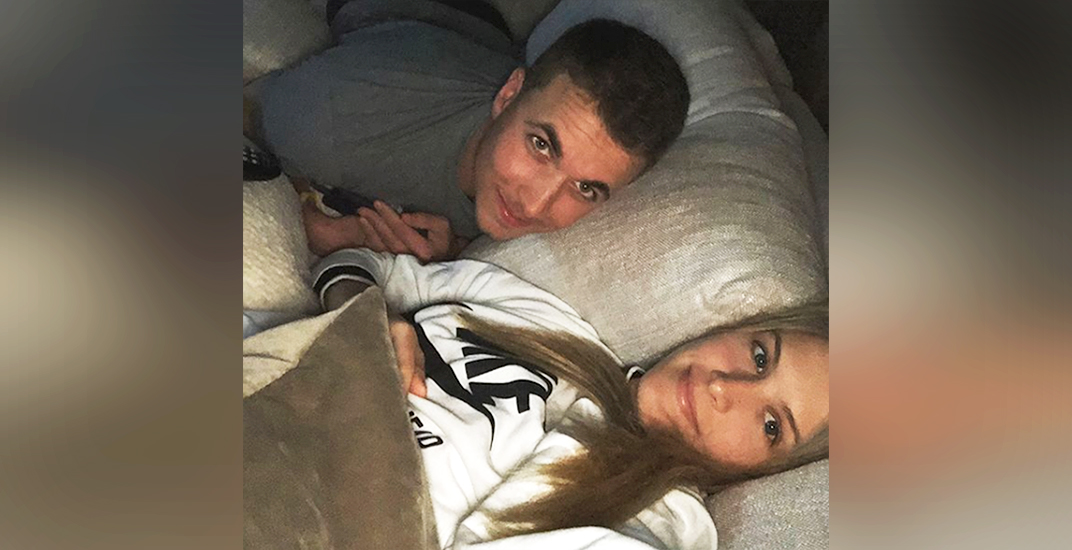 Genie Bouchard got more than she bargained for during the Super Bowl last February. With Atlanta beating New England 28-3 midway through the third quarter, she was feeling confident in a Falcons victory.

A 20-year-old student from Chicago named John Goehrke sprung into action, asking the Canadian tennis star for a date on Twitter if the Patriots came back to win.

To the surprise of everyone, Genie agreed to the bet. 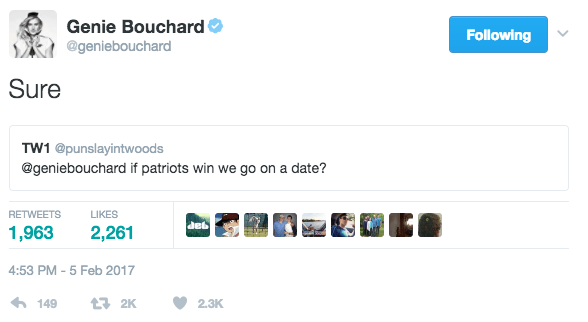 As we now know, Bouchard underestimated the power of Tom Brady, who staged an incredible comeback victory for the Patriots. True to her word, Genie honoured the bet, flying John to New York City 10 days later. They attended a Brooklyn Nets game together and seemed to get along well.

John, who didn’t have a name or picture of himself on his profile at the time, could have been anyone. When they finally met, Bouchard appeared relieved that he was a normal guy. When asked if they’d go on another date, Genie said “for sure.”

If you thought she was joking, you don’t know how honest the 23-year-old tennis pro can be.

The pair appeared to meet up in the Bahamas, where John was attending a golf tournament.