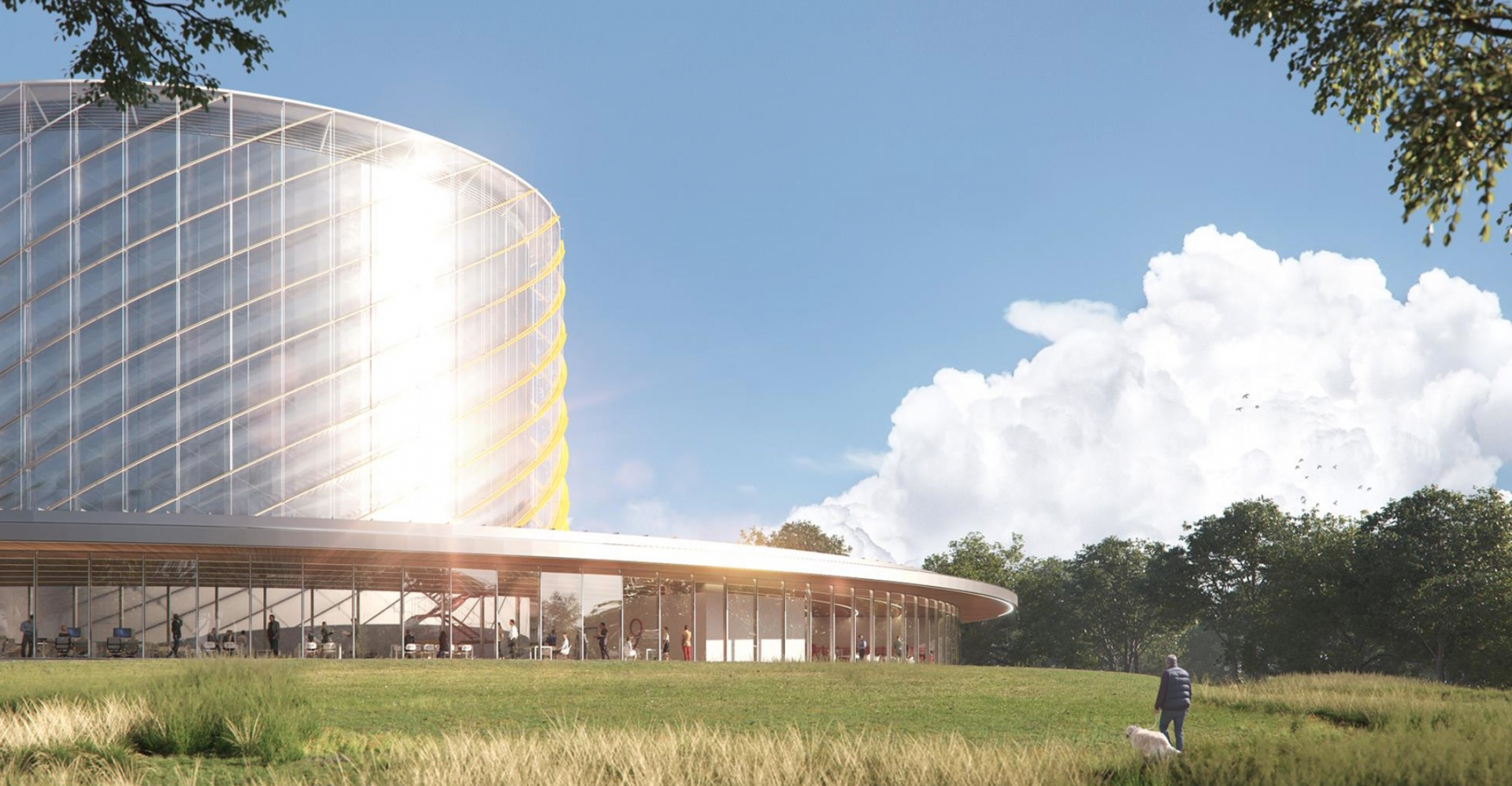 Rendering of Fusion Demonstration Plant in the UK / General Fusion

Written for Daily Hive by Jonathon Narvey, founder & CEO of the Mind Meld PR agency in Vancouver. Connect with him at [email protected]

BC-based General Fusion appears to have hit critical mass in its aim of powering up the world with clean, safe and abundant fusion energy. It has just announced an agreement with the UK Atomic Energy Authority (UKAEA) to build and operate a Fusion Demonstration Plant (FDP) at UKAEA’s Culham Campus. This marks an ambitious milestone for the Burnaby-based, Jeff Bezos-backed energy company.

The Culham Campus is recognized as a world leader in fusion energy development and innovation. “By locating at this campus, General Fusion expands our market presence beyond North America into Europe, broadening our global network of government, institutional, and industrial partners,” General Fusion CEO Christofer Mowry told Daily Hive.

“This is incredibly exciting news for not only General Fusion, but also the global effort to develop practical fusion energy.”

The FDP is the result of over a decade of development, a company spokesperson explained. It assembles proven components into a scaled version of their commercial machine.

While the deal might seem sudden, it actually marks the end of a deliberate three-year global site selection process.

The partnership aims to accelerate General Fusion’s timeline to deliver a net-zero carbon future by the early 2030s.

Tapping into the UKAEA’s expertise in operating large fusion machines will help General Fusion rapidly advance its technology, ensuring it continues to lead the pack in commercializing fusion energy. This next step will confirm the performance and economics of their MTF technology at power plant-relevant scale. As their first project in Europe, the company will showcase how it can enable utilities to source on-demand and clean electricity to power cities around the world.

Fusion power seems like a futuristic technology, but researchers have actually been studying this since the 1970s, General Fusion’s spokesperson said. Now, almost 50 years later, this demo plant will be the first privately funded MTF prototype in history. The UK-based FDP will be operational by 2025 and General Fusion will have a commercial power plant by the early 2030s.

More recent disruptive innovations seem to have accelerated progress on a technology that perpetually seemed at least 20 years away.

The company points to advances in computational power and big data analytics. The company spokesperson said they have conducted more than 200,000 hydrogen plasma tests, running up to 100 per day. Data analytics and high-speed computers allow them to rapidly interpret these measurements and quickly adjust our test programs to optimize performance. The company also uses this data to develop simulations that allow us to recreate our plasma tests virtually. The level of detail and speed we can achieve now was simply not possible 20 years ago, they said.

High-speed digital control systems have also sped up development. They use high-powered pistons to compress plasma to fusion conditions. High-speed digital controls manage and synchronize the timing of the individual pistons. The advancements in this technology have allowed General Fusion’s scientists to achieve coordinated accuracy within microseconds.

Finally, 3D printing has enabled the company to create components for testing that would have been far more challenging and costly to develop otherwise.

Could General Fusion’s solution be a major solution to concerns over climate change?

Fusion is reliable, clean, and affordable, the company spokesperson noted. Since they expect fusion energy to be commercialized by the 2030s – that could be in time to make a difference in the fight against climate change. On-demand 24/7, fusion could extend the benefits of renewables to meet society’s energy needs to fuel net-zero cities by 2050. Unlike solar panels or wind farms, fusion energy is on-demand and independent from the weather. Fusion technology could produce power with zero greenhouse gas emissions, emitting only helium as exhaust. It also requires less land than other renewable technologies.

The company is expanding its global headquarters and research facilities in Vancouver. General Fusion intends to formally announce the site of its new headquarters in Metro Vancouver this summer, for its staff of about 140 workers.

According to the spokesperson, General Fusion is also in the process of tripling its employee base to support the FDP project and further development of their technology.