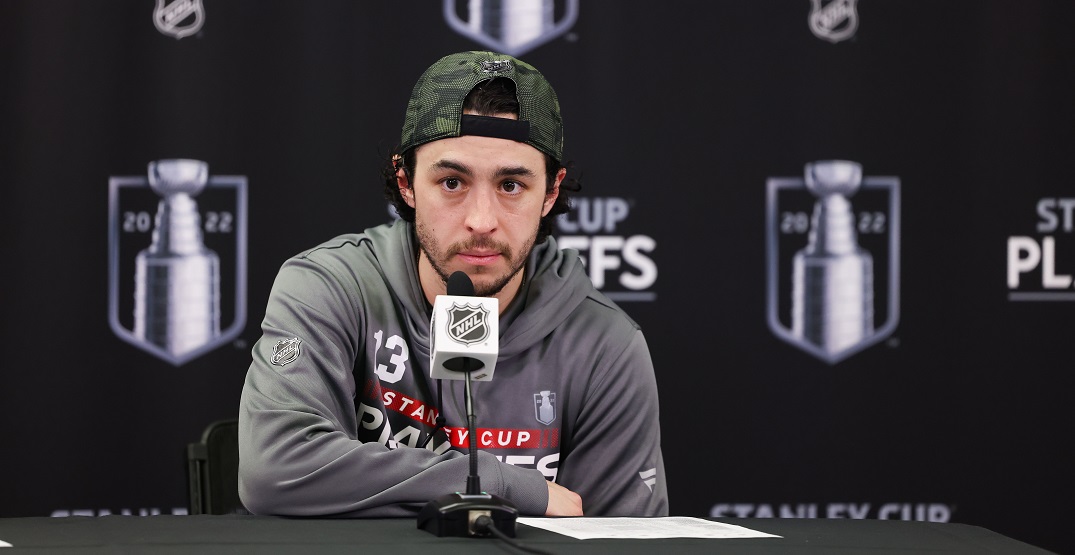 It was just five words, but it changed the hockey world forever: “Johnny Gaudreau is going to Columbus.”

Former Calgary Flames forward Gaudreau completed one of the most shocking transactions in NHL history yesterday.

After it was confirmed on Tuesday evening he’d be hitting the open market, Gaudreau stunned just about everyone by selecting his destination of choice: the Columbus Blue Jackets.

Having previously played his entire NHL career with the Flames, there were whispers for several years that the New Jersey native Gaudreau would one day end up signing with an Eastern Conference team, with the desire to be closer to his family largely cited as a key reason for the move.

But while many seemed he was destined for either his childhood team in the Philadelphia Flyers, or one of the NYC-area teams in the Rangers, Islanders, or Devils, Gaudreau went a little west and signed a seven-year deal with a reported $9.75 million per season salary with the Blue Jackets.

And, well, let’s just say it wasn’t exactly what everyone was expecting. Three key factors surprised everybody: geography, team quality, and the actual contract itself.

While I can personally vouch for having a great time in any of Ohio’s three major cities of Columbus, Cincinnati, and Cleveland, it’s hard to say the state has the same national reverence or draw like as New York does. Furthermore, it’s about a nine-hour drive to his hometown from the Jackets’ arena, so it’s not particularly close anyway.

On the ice, the Blue Jackets have been bumbling along the last few years after beating the Toronto Maple Leafs in the 2020 COVID-19-induced playoff bubble. They’ve missed the postseason in each of the past two years, finishing sixth in the Metropolitan Division last year.

And then, of course, there’s the actual contract itself. Calgary reportedly offered an eight-year deal with an average annual value of $10.5 million to Gaudreau, per Sportsnet’s Elliotte Friedman.

When Friedman broke the actual news of Gaudreau leaving, it led to plenty of reaction from the internet:

Bro really chose to live in Ohio over Calgary lmaoooo

Just so I got this clear, Gaudreau took less money and term to go to the Columbus Blue Jackets https://t.co/rzTKNkQIOL

He wanted to win and move somewhere best for his family, and he chose Columbus, OH?

The problem with Columbus is that I have a hard time seeing them even making the playoffs next year. Even with Gaudreau. Could be completely wrong, and we’ll have to see what else they do. But it’s still odd.

Genuinely shocked by the Gaudreau decision. Does anybody have any idea what’s going on there? Asking seriously. Why Columbus?

This man could have gone to NJ or even NY and he chose COLUMBUS? 💀

Like myself, plenty of people were there to defend Columbus as an actual city.

There's lots of reasons to raise eyebrows over the Gaudreau to Columbus thing but you can do it without shitting on Columbus, which is a perfectly fine city

While everyone’s talking about Gaudreau and Columbus: Columbus is a lowkey great city. One of my favourites in the NHL. So underrated.

Why would Johnny Gaudreau go to Columbus rather than stay in Calgary? (aside from the $$) Less intense media scutiny, less relentless fan fascination. There are some players who really don't like the hockey fish bowl of Canadian NHL cities. Maybe Johnny Hockey felt that way.

Former NHL goalie Eddie Lack might have the clearest, concise reaction, though.

Had a few cocktails in Scotland but WHAT THE FUCK JUST HAPPENED?

Whatever the case, it’s a done deal now. Welcome to Columbus, Johnny.