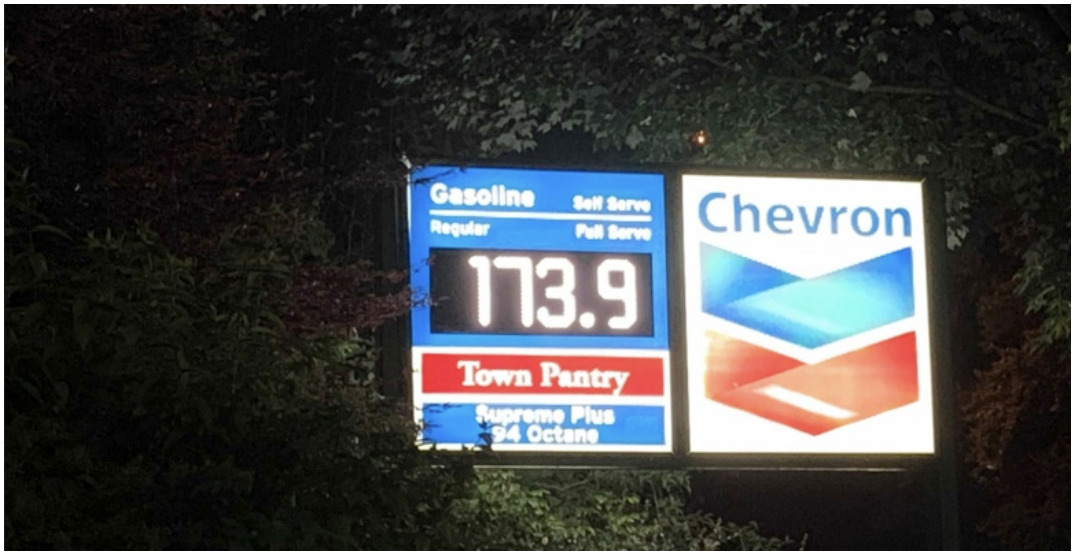 Gas prices have been steadily on the rise for several weeks, but they’ve finally reached record highs, and not just for the region.

Reaching $173.9 cents/litre in Vancouver, the all-time record for gas prices across North America has been officially broken, according to Dan McTeague, president of Canadians for Affordable Energy.

He also warns that this could go up even higher in the coming days.

McTeague predicted this historic increase was on the way.

⛽️ Price ⚠️: #Vancouver & the Lower Mainland #GasPrices to RISE 5 cents/litre Thurs (tomorrow) to 173.9 cents for Greater Vancouver – an all-time high. Combo of maintenance on the Olympic Pipeline, mechanical breakdown of Phillips 66 FCC unit & demand due to heat are the cause.

While $173.9 cents/litre might seem crazy, it’s even higher in Aldergrove, where McTeague says the price at the pump went as high as $175.9 cents/litre.

McTeague told Daily Hive that along with a smidgen of good news, your wallet will be hurting even more by the weekend.

“It will drop a penny tomorrow and likely move up 2 cents for Saturday to $174.9,” says McTeague.