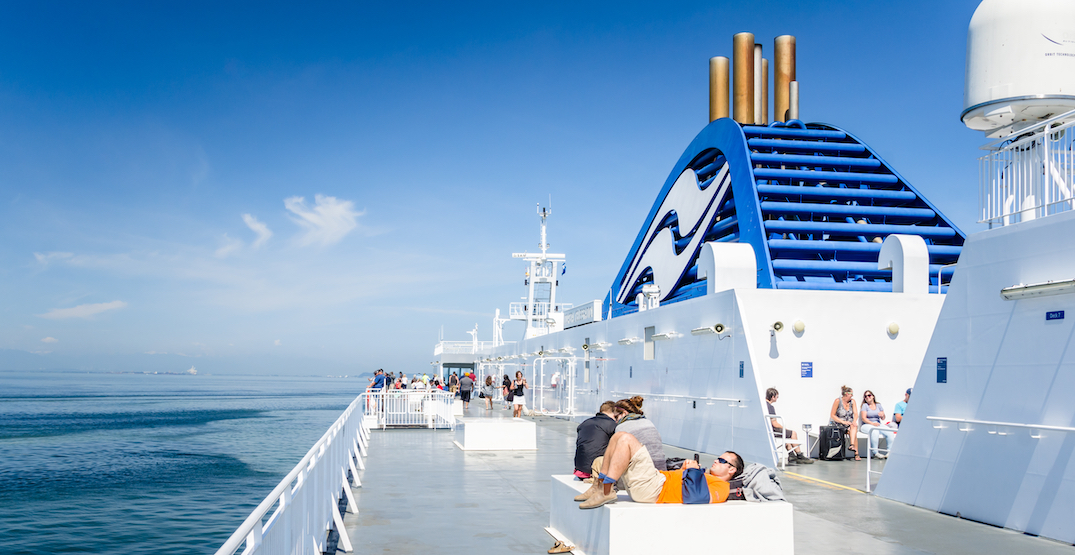 Outdoor deck on a BC Ferries vessel. (BC Ferries)

Both BC Ferries and BC Transit are ending their mandatory mask policies starting tomorrow, Thursday, July 1, 2021.

A spokesperson for BC Ferries told Daily Hive Urbanized the mask policy will be downgraded to a recommendation for indoor spaces on vessels and terminals.

This follows the direction of the provincial government, which has relaxed the mask mandate for all indoor spaces in Step 3 of BC’s restart plan.

The relaxation coincides with the busy Canada Day long weekend period for BC Ferries. To meet the surge in demand from peak summer travel and the removal of intraprovincial travel restrictions, and better allow for physical distancing, additional sailings each day were implemented last week for the major routes between Metro Vancouver and Vancouver Island.

The mask requirement has also been removed for all BC Transit services across the province.

“Our ongoing goal is to create a comfortable environment for all customers and drivers. This includes recommending the use of masks on buses and at bus stops when the Province officially moves to Step 3,” reads a statement from BC Transit.

BC Transit says it will maintain its pandemic-time procedures of enhanced cleaning and sanitization of buses and facilities, and retain protective barriers between drivers and passengers.

This follows TransLink’s announcement yesterday that its mask requirement will also be relaxed starting on July 1, but passengers will be encouraged to wear one.

Following the advice of provincial health officials, TransLink, BC Ferries, and BC Transit first implemented their mandatory mask policies in August 2020.

There were 29 new confirmed positive coronavirus tests over the last 24-hour period ending on Tuesday, continuing a downward trend from the highs earlier in 2021. The seven-day average case count is now 61, which is the lowest it has been since August 2020.

BC’s state of emergency for the pandemic, which began in March 2020, will also be coming to an end this Thursday.