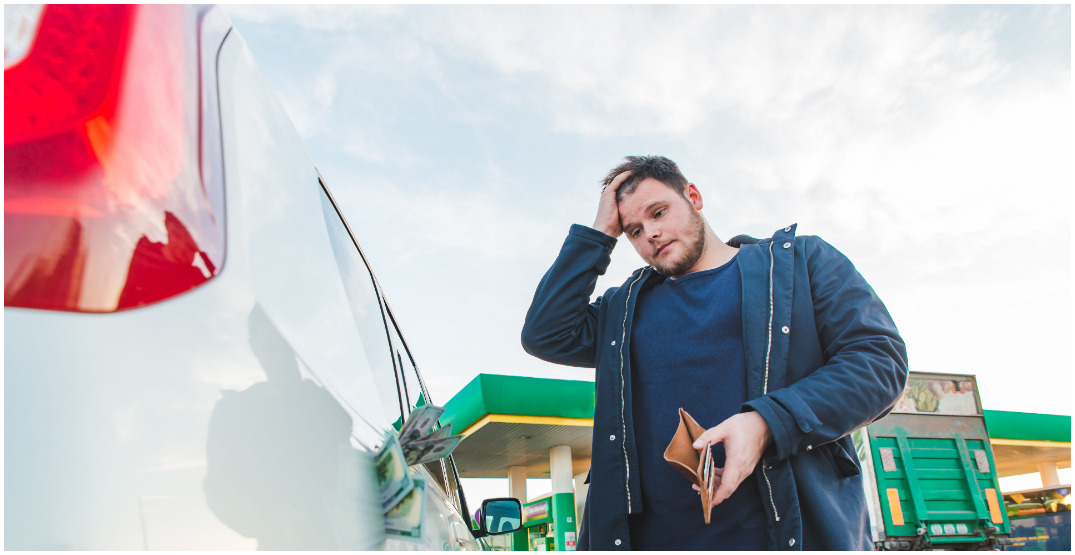 Gas prices could come close to the highest levels Vancouver has ever seen this weekend.

If you’re planning on taking a mini getaway this weekend and exploring some of BC’s beauty while the sun’s out, you might want to fill up that tank sooner than later.

Dan McTeague, president of Canadians for Affordable Energy, suggests that by Friday, drivers might see the prices reaching near record highs.

Gas prices fell dramatically with decreased demand in the early days of the pandemic, falling well below a dollar per litre.

In a conversation with Daily Hive Urbanized, McTeague notes that the price at the pump will be seeing a steady increase over the next few days, likely due to issues at a refinery in Washington State that have caused it to shut down for a week or two.

⛽️ Price ⚠️: After rising 2 cents Wednesday to 165.9 cts/l, #Vancouver ⛽️ prices to rise ANOTHER 2 cents to 167.9 a litre. #Vancouver now has distinction of North America’s highest priced and being highest taxed jurisdiction on fuel ($6.36 a US gallon, Cdn) $1 higher than Cali

“I think there will be a dip. When that happens might be another week before we see prices climbing back down,” says McTeague.

McTeague also suggests prices at these levels will be the new normal for the next few months.