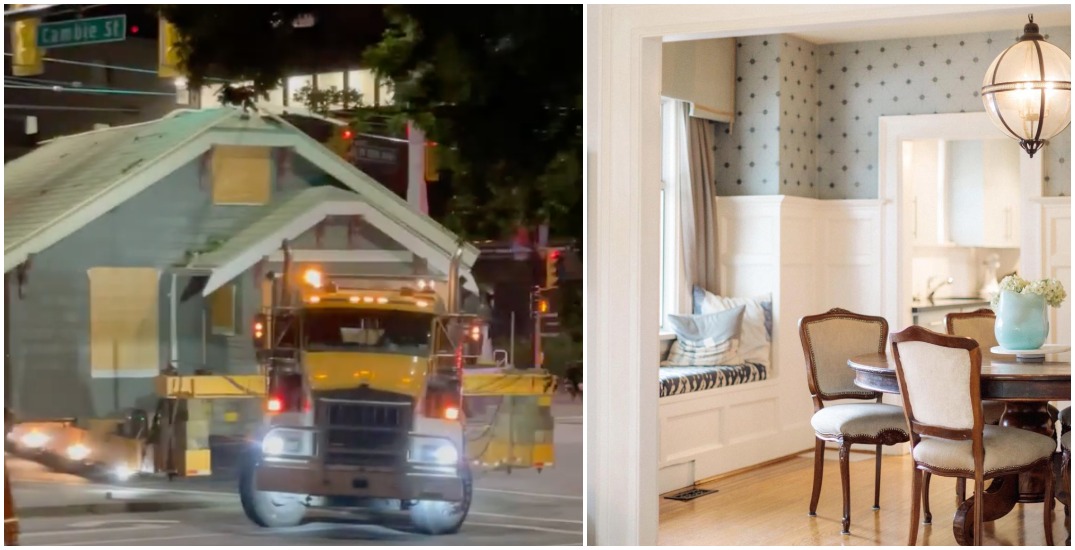 A 1920s heritage home in Vancouver that has starred in several prominent TV shows and movies began its new chapter as an island dweller early this morning.

As Daily Hive first reported last fall, homeowner Katie Dunsworth Reiach gave away her home in Cambie Village for free, with the small — but actually rather huge — condition that the new owner paid to move it off the lot.

And that happened in the wee hours of Wednesday morning, when the heritage home was hauled away and rolled down Cambie Street, past City Hall.

Dunsworth Reiach called the move “the ultimate recycling venture,” with the home eventually being barged to a new plot of land on Galiano Island.

The home, originally purchased by Denise Ashmore of Project 22 design, was taken from a near teardown and restored to its heritage of early Vancouver Arts and Craft style architecture.

Most recently, the two-level home was inhabited by a young family who struggled with the challenges of heritage home upgrades and instead opted to build a new property while finding a second life for their home.

The home has also played a starring role on the CW and popular Netflix series The Flash.

Later today, the house will be transported to Galiano Island, where it will be preserved and used as a long-term home for a couple relocating from Victoria.