If there was ever a time to gas up, it’s right now.

According to GasBuddy, average prices range around 140.7 cents/litre.

Some users say several stations around Metro Vancouver have posted prices of 128.9 cents/litre or lower. 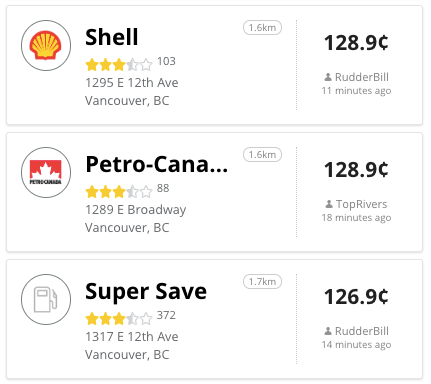 A screenshot from the GasBuddy website, captured on June 20, 2019

It’s an out-of-place, but very welcome drop, in a year that Metro Vancouver saw the highest gas prices in North America, reaching up to 172.9 cents/litre.

Keep in mind, British Columbia also saw an increase in the province’s carbon tax rate, as well as a shift to a more expensive, summer blend of gasoline.