It’s best to head to the gas station before you kick off your long weekend plans as prices are expected to increase.

According to gas industry expert Dan McTeague, prices around Metro Vancouver will reach a high of 154.9 cents/litre by Saturday and will drop one cent on Sunday.

“The increase was due to the scheduled maintenance to the Olympic Pipeline and rise in California prices with August contracts there,” McTeague told Daily Hive. 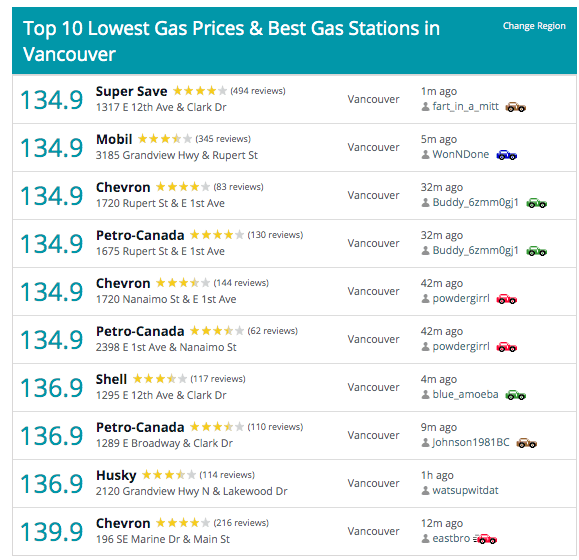 Earlier today, BC Utilities Commission (BCUC) released the findings of its inquiry into the province’s high gas prices.

The final report found that “there is a significant unexplained difference of approximately 13 cents per litre in wholesale gasoline prices” between Metro Vancouver and its Pacific Northwest comparator.