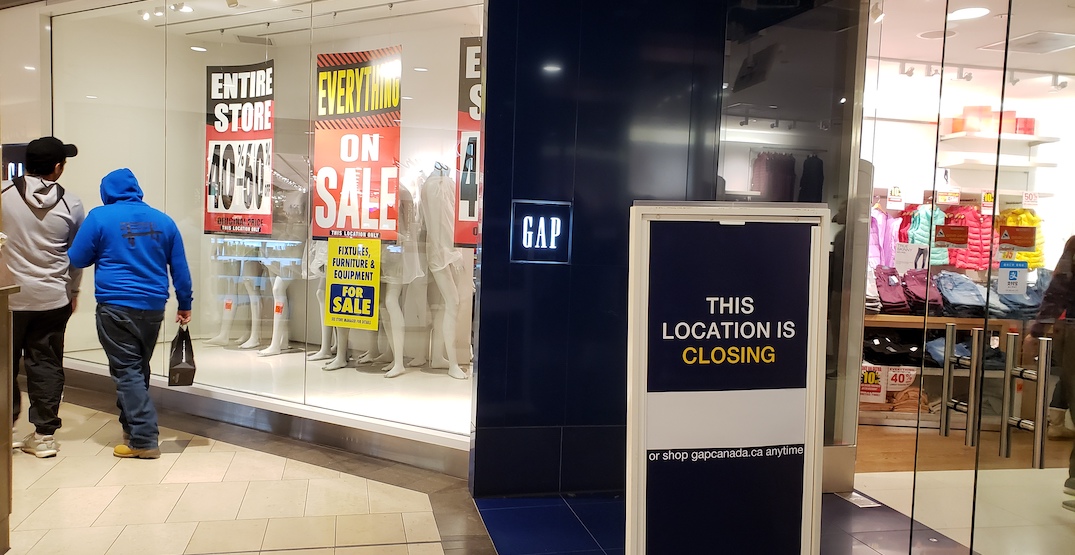 Downtown Vancouver will soon be without any Gap store, as the remaining, long-running location inside CF Pacific Centre began its process of shutting down in the week leading up to Christmas.

This follows the 2017 closure of the Gap store at 1125 Robson Street, making way for MUJI’s Vancouver flagship store.

The company announced in March 2019 it will close about 230 Gap specialty retail stores over two years after experiencing major financial losses amidst a challenging retail market, with the rise of both online retail and rapidly growing fast fashion retailers, such as H&M and Uniqlo.

With the exception of a short-lasting uptick as a result of the announcement, the company’s stock value plummeted by about a third in value over the course of the past year.

San Francisco-based Gap Inc. is now on track to spin itself off into two separate public companies in 2020, with the better-performing Old Navy brand becoming its own company. The Gap company umbrella will be reorganized to include Gap, Banana Republic, Intermix, Hill City, and Athleta.

This separation will allow the brands to improve their focus to better serve their unique customer groups, and as a result become more efficient and profitable.