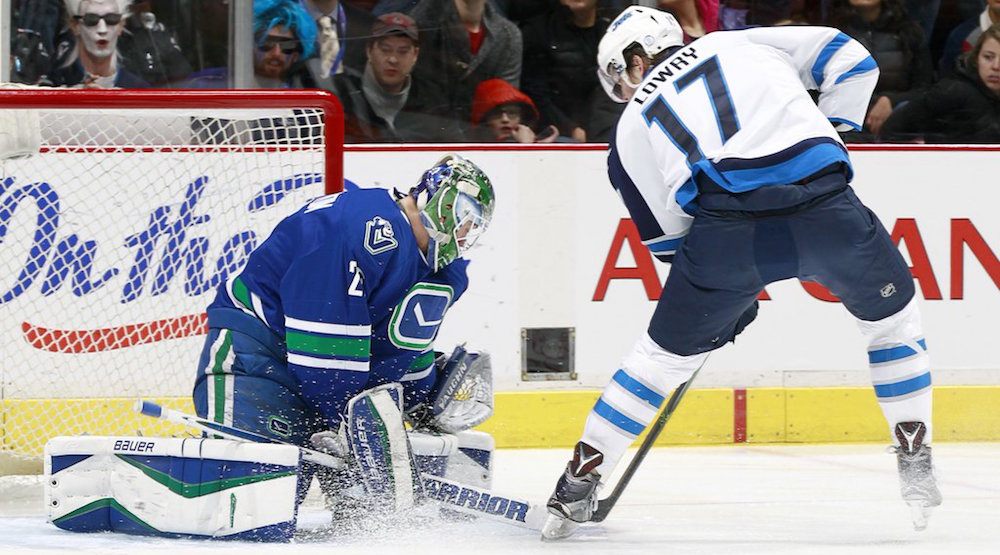 After a tough overtime loss to former bench boss John Tortorella and the red-hot Columbus Blue Jackets on Sunday evening, Vancouver will host the Winnipeg Jets for two consecutive games at Rogers Arena this week. That means a double dose of Finnish phenom Patrik Laine tonight and again on Thursday evening.

The Canucks will have to take on the impressive of Laine, Mark Scheifele, and Nikolaj Ehlers line without one of their emotional leaders, defenceman Erik Gudbranson, as he is set to undergo wrist surgery and will be out indefinitely.

The Canucks will go with the same lineup as Sunday’s game, with the exception of in goal where Jacob Markstrom will start. 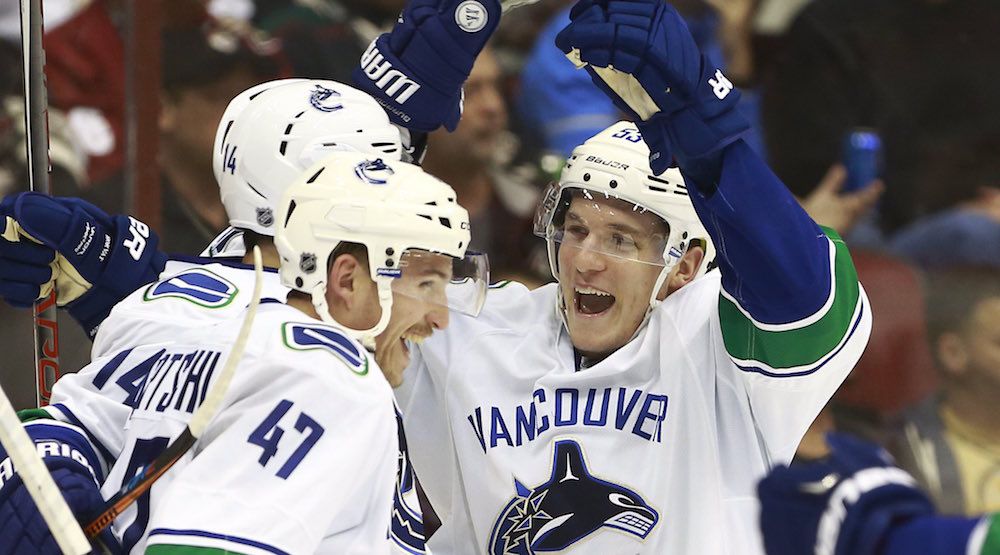 In year’s past, much has been made of the decline, or perceived decline, in production from the Sedins and their myriad of linemates. The constant criticism of the team revolved around a lack of secondary scoring – “if you neutralize the Sedins, there isn’t anyone else to step up and score”. Well, all that talk may have to cease for the time being.

It would appear the Canucks have found a second line or, more accurately this year, a first line. Bo Horvat (11 points), Sven Baertschi (11 points), and Alex Burrows (10 points) have led the team in the past month, outpacing the Sedins by a couple points even with markedly less time on the power play.

That line will receive a stiff test when they suit up against Winnipeg tonight. Remember Dustin Byfuglien? Yeah, he’s still an absolute monster. He’s paired with former World Junior standout Josh Morrisey and the second pairing is pretty sharp too. Tobias Enstrom and Jacob Trouba fill out what may be one of Western Conference’s best top four.

It will be interesting to see if Horvat, Brandon Sutter, and Henrik Sedin can take advantage of the league’s worst faceoff team. The Jets win just 46.9 percent of their faceoffs. That could lead to more possession in the offensive zone and less time without the puck in their own end.

It’s been an interesting year in Winnipeg. Appropriately so, there has been a great deal of fanfare surrounding the excellent rookie year of Laine and the impressive play of Scheifele. However, you can’t forget Jacob Trouba’s trade request and subsequent 15-game holdout to start the season over a contract dispute.

All told, it’s made for a remarkably mediocre 2016-17 campaign thus far. The Jets are just 15-16-3, but sit close to a wild card spot due to the incompetence of the other Central Division teams.

The team truly has their top line to thank. Laine, Scheifele, and Ehlers have produced a whopping 85 points so far this season. That is fifth in the league when compiling the top three point-getters from each NHL team. Only the Penguins, Blackhawks, Flyers, and Oilers have amassed more.

That line is fresh off an impressive effort against the lowly Colorado Avalanche, posting back-to-back wins after losing four straight.

We may see the Canucks continue their recent trend of trading goals and hoping they end up on top. It’s not an optimal strategy, especially against a team that can catch fire like the Jets.

Laine knocks home two goals to get to an even 20 on the year, but the BBB line comes up big and Vancouver squeaks out a win in overtime to the tune of 4-3.