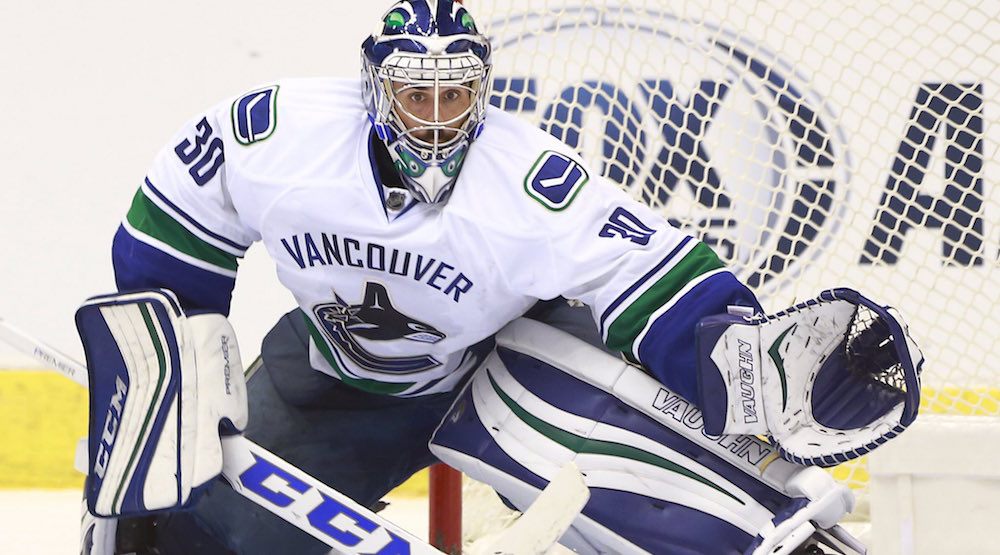 After another poor outing, this time against the Washington Capitals, the Canucks are left with a 1-3-0 record on their current road trip. A good effort and win tonight would certainly improve the feeling around the team right now.

A loss to the Capitals is understandable, if not expected. However, another loss to a non-playoff team would really start to sour things in Canuck-land.

Sven Baertschi returns to the lineup, with Brendan Gaunce expected to draw out in his place. Ryan Miller returns from injury and gets the start in goal.

The Canucks’ power play has been nothing to write home about this season. At times early on, their conversion rate was hovering in the high single digits. Well, in their last 20 attempts, the Canucks have scored just two goals. Things clearly haven’t improved.

Recently, player distribution has also come under serious fire. Folks on Twitter are wondering why Alex Biega and Brandon Sutter are being deployed with the man advantage.

Well, it won’t get much easier against the league’s best penalty kill unit. The Canes are killing penalties at a rate of 92.1% – and second place isn’t even close (Boston Bruins at 87.9%). In fact, Carolina hasn’t allowed a power play goal in their last six games and has only allowed two such goals in their last 20 games.

The Hurricanes are just 11-11-6 this season and are returning from a road trip of their own. They managed a 1-1-1 record on their recent trip to California.

Carolina is in the early stages of a youthful revolution, as evidenced by their top scorers. Jeff Skinner and Victor Rask lead the way with 22 and 21 points respectively. While there is a severe drop off after those two players, Teuvo Teravainen and Sebastian Aho are also in the team’s top five scorers. All four of those players are either 24 or under, with Aho just 19 years of age.

With some improved goaltending, the Hurricanes could challenge one of the wild card spots. They allow just 27.4 shots per game (fifth in the NHL), but are 13th in the league in goals allowed per game (2.61). They have a team save percentage of just .905. Cam Ward, currently injured ex-Canucks Eddie Lack, and spot starter Michael Leighton have simply not gotten the job done thus far.

Things are beginning to look mighty bleak after the Canucks failed to get on the scoreboard in Washington.

A win tonight against the Hurricanes would ease tensions around the room and send the Canucks back home to Vancouver on a good note. Canucks win 3-1 and score a power play goal because why not?!