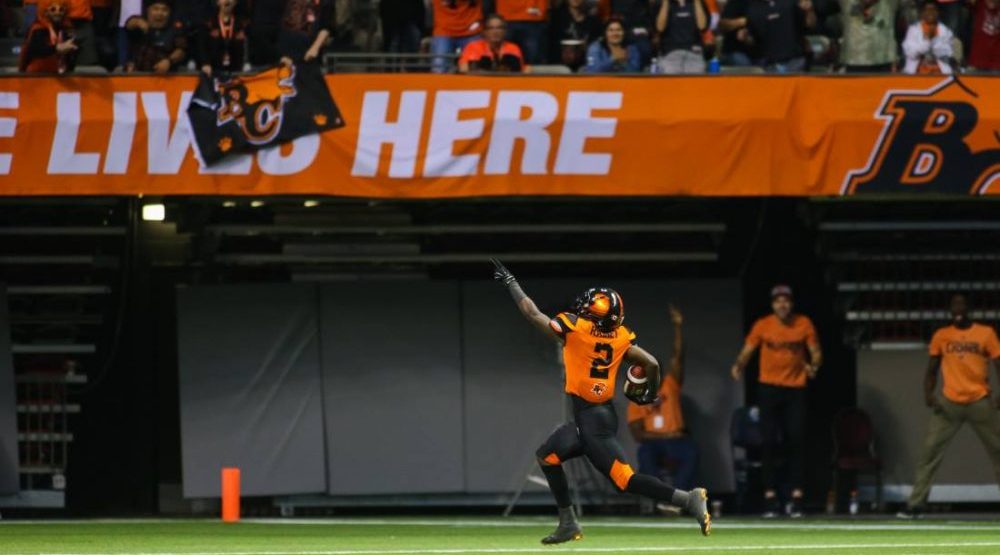 The BC Lions gave their fans an absolute treat in Week 1.

They welcomed the Calgary Stampeders to town and gave them the business. The team’s three-straight goal line stands brought the crowd to their feet. Chris Rainey then made sure they’d stay there for the rest of the night with an outstanding performance on offence and special teams.

The Leos head to Hamilton to face a Tiger-Cats team that could be one of the best in the league. The yellow and black have a healthy crew for change and they also have the added weapon of deadly wideout Chad Owens.

The Flyin’ Hawaiian came to Hamilton this past offseason and already made his presence felt with a sensational diving touchdown grab in week one. They took out Toronto 42-20, spoiling the Argos’ BMO Field debut.

Can the BC Lions continue their 1-0 undefeated woolly mammoth of a season!?

Well, let’s countdown what to watch for on Friday night. 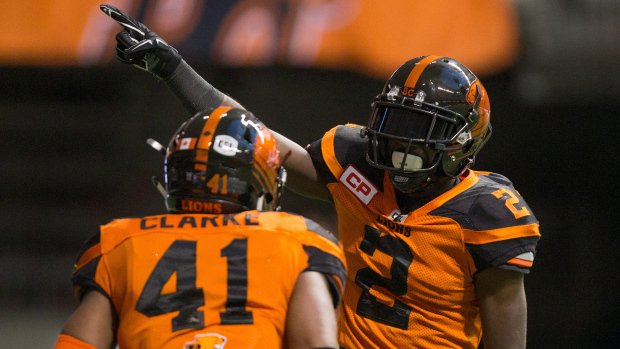 Chris Rainey, flat out stole the show in Week 1. His 72-yard punt return for the win was special to watch to say the least. What Lions fans don’t know though, is they could be in the presence of another Cam Wake-style situation here. A guy that is destined for the NFL.

Now in Rainey’s case, he’d be destined for a return to the NFL. You still get the point though.

His kind of speed hasn’t been seen at BC Place since Rocket Ismail torched the green carpet they used to call turf last century. This kid could truly be a name that Lions fans will remember for years.

His quest for that notoriety continues this week in a very rough and tough environment at Tim Hortons Field.

We were in need of a big play… and then the rain man delivered!@CRainey3 on his heroics against Calgary. 🦁 👊https://t.co/5w8kPsqd7U

Special Teams needs to be better

This is a no brainer. After giving up one full punt block and two tipped punts, the special teams line out there snapping the ball needs to figure out a system. The Ticats are known for their speed and tenacity. If they see holes in the BC wall, we’re going to see a repeat performance of Week 1.

Fortunately for the Leos in their opener, the two tipped punts magically didn’t slow down too much and kept their forward progress. They can’t cross their fingers this week though. The southern Ontario winds will be howling (as they always do) and that ball will be on the move.

BC’s special teams coordinator Marcello Simmons needs to figure out how to keep his punter safe.

If this team wants to be a contender, in a pretty well balanced league, they’re going to have to do quite a bit better than that. Missed opportunities are one thing, but consistent inconsistency is something that cannot be tolerated this season.

Last year was a setback year for this franchise. They almost missed the playoffs and were bounced early in the playoffs by Calgary 35-9. It was an embarrassing finish to a bad season.

Now, with a new(ish) exciting young quarterback, a blazingly fast running back and a good looking wideout core, this team could really excite the masses. They need to keep their winning ways alive and well this season though if they really want to turn things around.

Nobody is expecting an easy one for BC this Friday. It’s game that will be won in the trenches. We will find out what this team is truly made of though against a very solid Hamilton squad.