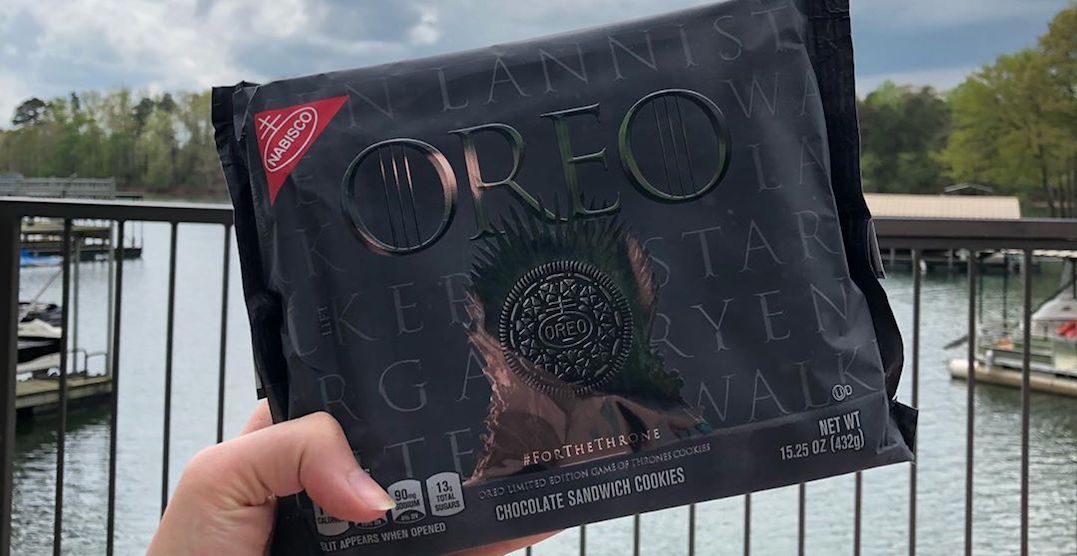 Game of Thrones has been bringing up all the feels in these last few episodes.

And one way to cope is by tucking into a solid snack.

Just in time to support you through the very last episode, OREO has launched GoT-themed cookies in Canada.

Though you won’t find these special-edition snacks at every single grocery store in the country, if you keep your eyes peeled, you’ll be able to hunt them down.

Oh yes you do! Keep a look out in Sobeys, Loblaw’s, Save on Foods, Federated Co-op, Metro, Buy Low West, Longo’s, London Drugs, and Rexall. #ForTheThrone

So round up your troops and hit the grocery store shelves. Because these won’t be around forever, and they’re hot like dragon fire.