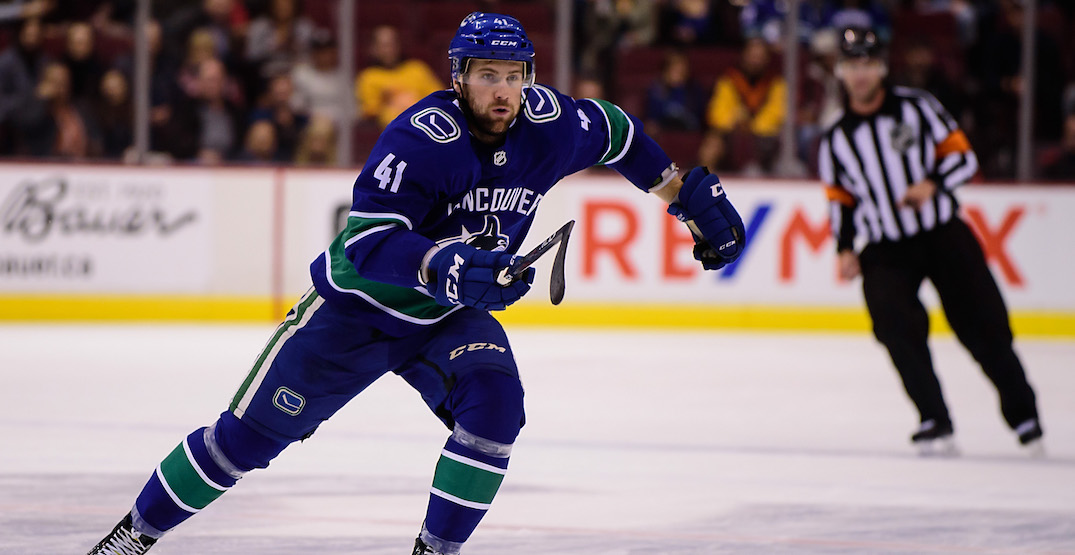 Jonah Gadjovich has officially been claimed off of waivers and is heading to the San Jose Sharks organization from the Vancouver Canucks.

Yesterday, the 22-year-old Gadjovich was placed on waivers with the intent to be sent down to the Abbotsford Canucks, but San Jose swooped in and made a claim for him.

All other players were placed on Wednesday’s waivers list, including former Canuck Kole Lind (now with the Seattle Kraken) cleared.

2021-22 is the first season of waiver eligibility for Gadjovich.

Gadjovich scored a goal and an assist in two preseason games for the Canucks this season before being placed on waivers. He was originally selected 55th overall by the Canucks in the 2017 entry draft but never got much of an opportunity at the NHL level in Vancouver.

While playing for the Utica Comets of the AHL last season, Gadjovich scored 18 points in 19 games, including 15 goals. He also earned his first career NHL call-up, playing one game with the Canucks.

The Canucks and Sharks first play each other on December 16 in San Jose. Gadjovich (if he’s still on the roster) won’t make his return to Vancouver with the Sharks until April 9.