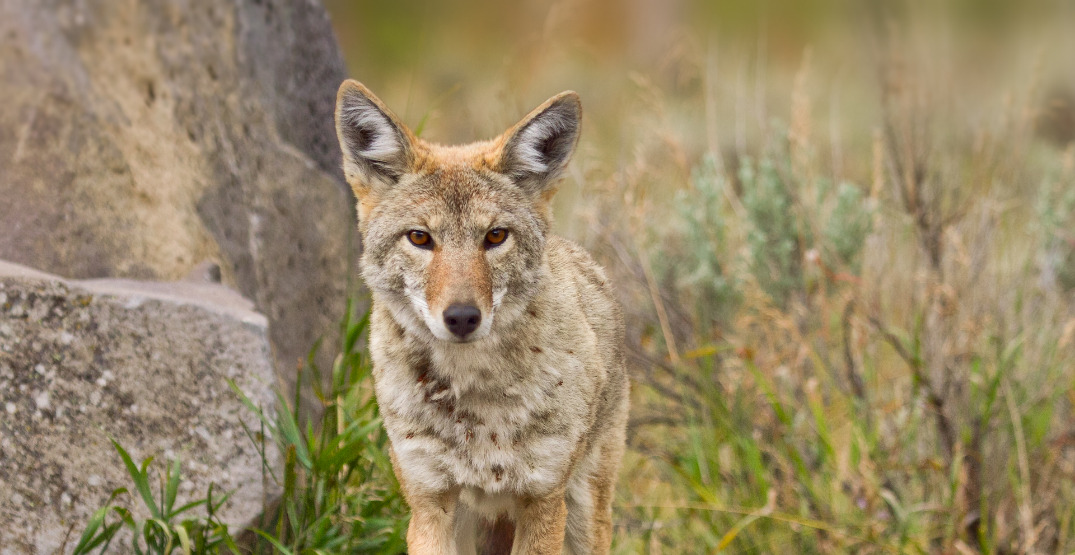 Written for Daily Hive by Aaron Hofman, Director of Advocacy and Policy with The Fur-Bearers, a wildlife protection charity.

As the weather warms and the season changes, animals are slowly emerging from their dens, much to the delight of Vancouverites enjoying the city’s open spaces. The wild animals we share our communities with are a joy to observe, especially when the spring brings newborn animals to our neighbourhoods and parks. But the enjoyment of our animal neighbours needs to end there – observing, not interacting. And certainly not feeding.

This week, the Vancouver city council unanimously voted to approve a bylaw that introduces a prohibition on wildlife feeding. This comes on the heels of the Vancouver Park Board passing a no-feeding bylaw in the city’s parks last year. These are both steps in the right direction that – when layered with effective education campaigns and adequate enforcement – will lead to better outcomes for both animals and humans.

These elements were either inadequate or non-existent in Stanley Park last year, which contributed to 11 coyotes being killed by the BC government — a worst-case scenario where inappropriate human activity was a major factor in animals being killed. Multiple levels of government failed to take appropriate measures to prevent the situation from happening. The coyote cull is a tragedy to learn from and never repeat.

Last September, conservation officers arrested two people for allegedly feeding coyotes in the park, but the problem of wildlife feeding is far more pervasive than a few individuals. Last month’s report to the council states that the City of Vancouver received over 900 incident reports regarding wildlife from 2016 to 2022, including complaints of feeding.

But that’s only what’s reported. We need to look no further than our social media feeds to see how commonplace wildlife feeding is. Our society shares the collective outrage of a viral video showing a tourist in their car handing out food to bears in a national park, but the Instagram post of locals baiting raccoons with peanuts in Stanley Park is liked and shared. Both are problematic for the same reason: they end up harming animals in the long run.

Feeding wildlife makes animals more comfortable around humans, resulting in greater risk-taking behaviour that can injure or kill them; it alters their natural behaviours and conditions them to see humans as a food source. Unnatural foods can lead to negative health outcomes, including malnutrition and disease transmission, and the unnatural feeding of wildlife can make animals more aggressive towards members of their own species. Wildlife feeding also harms humans as it can facilitate the transmission of dangerous pathogens to humans and their dogs. And in the case of the Stanley Park coyotes, human behaviour became a driving factor in bites, negative encounters, and the killing of several coyotes.

Many wild animals have made Vancouver their permanent home. This is the reality of urbanization, where cities have encroached on natural animal habitats. Some animals are highly adaptive and thrive in urban centres. Others may have wandered too far astray from the remote wilderness and find themselves enclosed in an urban environment, forced to adapt to their new circumstances. Nevertheless, they’re here, and they’re members of our communities, so we have a responsibility to be good neighbours and protect them – from individuals to city planners to provincial policymakers. Vancouver can be a model for coexistence, but it’s not there yet.

A bylaw to prohibit wildlife feeding (including leaving attractants accessible to wild animals) is an important tool to reign in harmful behaviour, but it needs to be supplemented with enforcement, education, and other key interventions like wildlife-proof garbage bins. Well-intentioned people may feed wildlife because of a sincere belief that it benefits animals. Others may not consider that a used BBQ utensil left outside overnight is an attractant for wild animals. In both cases, the individual is not entirely to blame, and this is where effective education campaigns have an important role to play.

Creating cities where animals and humans coexist requires concerted effort, but it benefits us all. Spotting a healthy coyote through a pair of binoculars in Stanley Park looking after her young pups is a unique and heartwarming springtime experience. A government agent killing her entire family in the fall is something we need to work together to prevent.

The Fur-Bearers, formed in 1953, is a non-partisan charitable organization that advocates on behalf of fur-bearing animals in the wild and confinement, and promotes wildlife coexistence solutions within communities. Learn more at TheFurBearers.com.