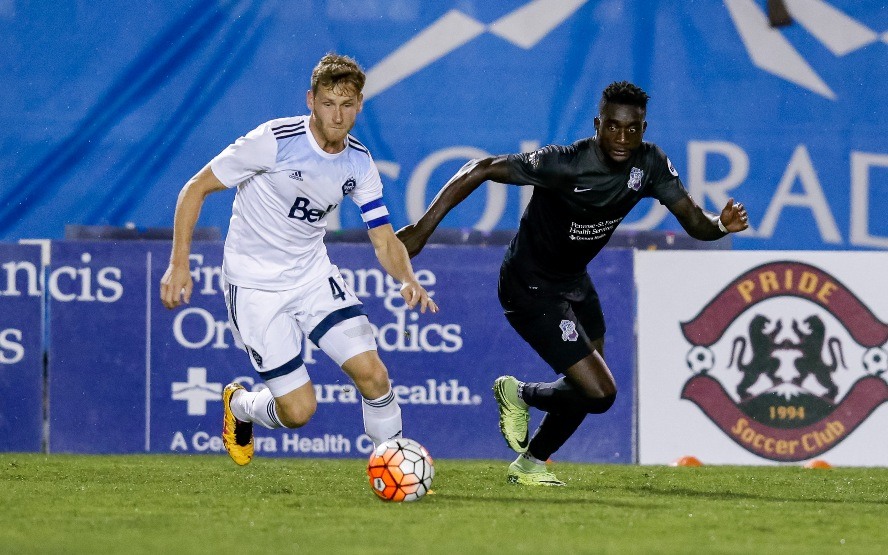 It’s been a week of opposites for the Vancouver Whitecaps.

Last Sunday the MLS team was officially eliminated from the playoff race after losing 2-1 to the Seattle Sounders at BC Place.

Whitecaps FC2, however, won their first ever playoff match on the road at Colorado Springs last Friday night. The Thundercaps overcame an early deficit, and then successfully defended a one-goal lead for over an hour.

This week on FTBL151 we review the WFC2 win in Colorado and then look ahead to Saturday’s conference semi-final against OKC Energy FC. We also talk to WFC2 head coach Alan Koch, fullback Brett Levis and striker Kyle Greig.

In the second half of the show we circle back and discuss the match that officially eliminated the ‘Caps from the MLS playoff race, and discuss some of the controversial moments from the game.