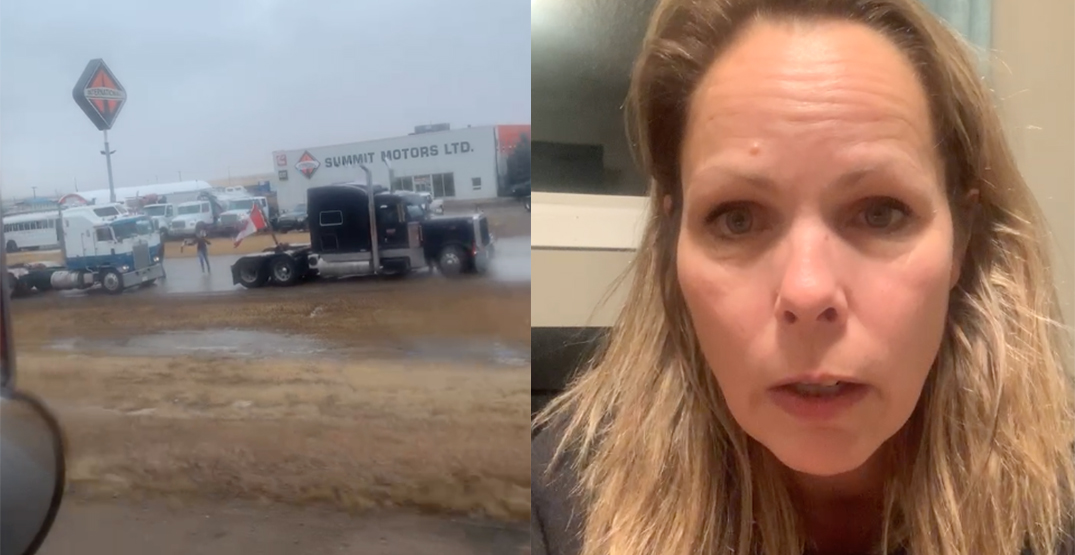 The organizer behind “Freedom Convoy 2022” says it’s not affiliated with extremists, and will not tolerate any “aggressive” acts.

The convoy is currently on the road to Ottawa to protest against the vaccine mandate placed on all cross-border truck drivers.

“I want to reiterate to you guys that if you see anybody in our convoy who is acting out of line, being aggressive or being an agitator, they are not with our group,” said Lich.

She advised supporters to take note of truck numbers and license plates and report any extremists to the police.

“We have been working with local law officials all across the country to make sure this goes off safely,” she added. “We’re not out here to see anybody get hurt, and if that happens, please let us know.”

The convoy of trucks left BC for Ottawa on Sunday. Since then, Canadian far-right and white nationalist groups wanting to capitalize on the event have encouraged their followers to join in on the protest, hoping it’ll be Canada’s version of last year’s January 6 riot in Washington.

Earlier this week, the Canadian Trucking Alliance denounced the protest against the vaccine mandate.

The group’s support continues to grow. As of now, “Freedom Convoy” has raised over $5 million on GoFundMe and has upped its goal to $6 million.