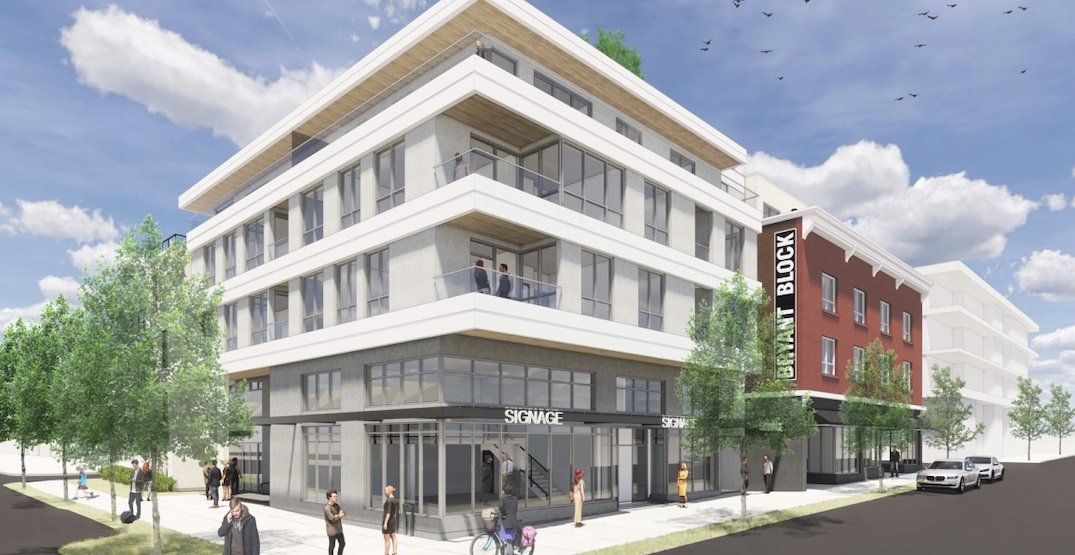 A new mixed-use proposal could provide a 1911-built building at the southeast corner of the intersection of Main Street and East 19th Avenue with a heritage restoration and expansion.

Rositch Hemphill Architects has submitted a development application to the City of Vancouver to redevelop the site at 3510 Main Street, which entails the existing three-storey Bryant Block retail and residential building on the south side and a ground-level car sales parking lot on the north side. 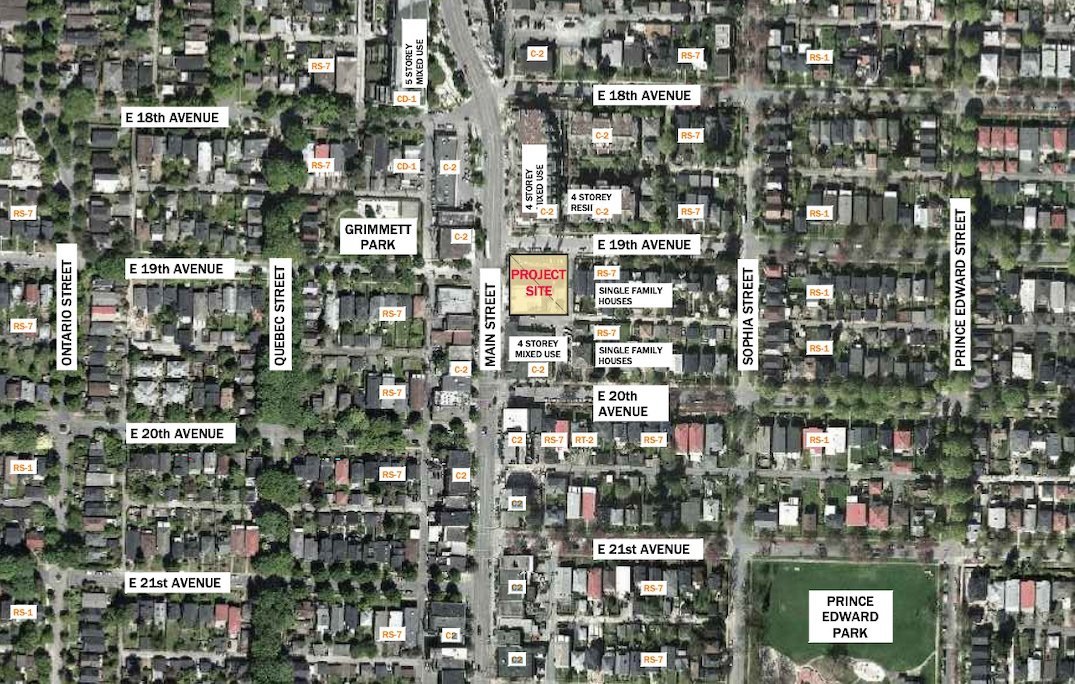 The proposal would redevelop the parking lot into a four-storey addition, with retail on the ground level and residential within the upper levels. Along with the restoration, a fourth floor would be added to the heritage building.

“The building consists of two different massings: the existing volume with resorted character at the southwest corner, and a contemporary expressed volume wrapping around it,” reads the design rationale.

“The significant elements of the existing facade will be restored or reconstructed are per archive photos and similar existing elements in the area from the same age… The new building has very clear lines and colours, having a strong presence at the corner and at the same time not competing with the retained building.” 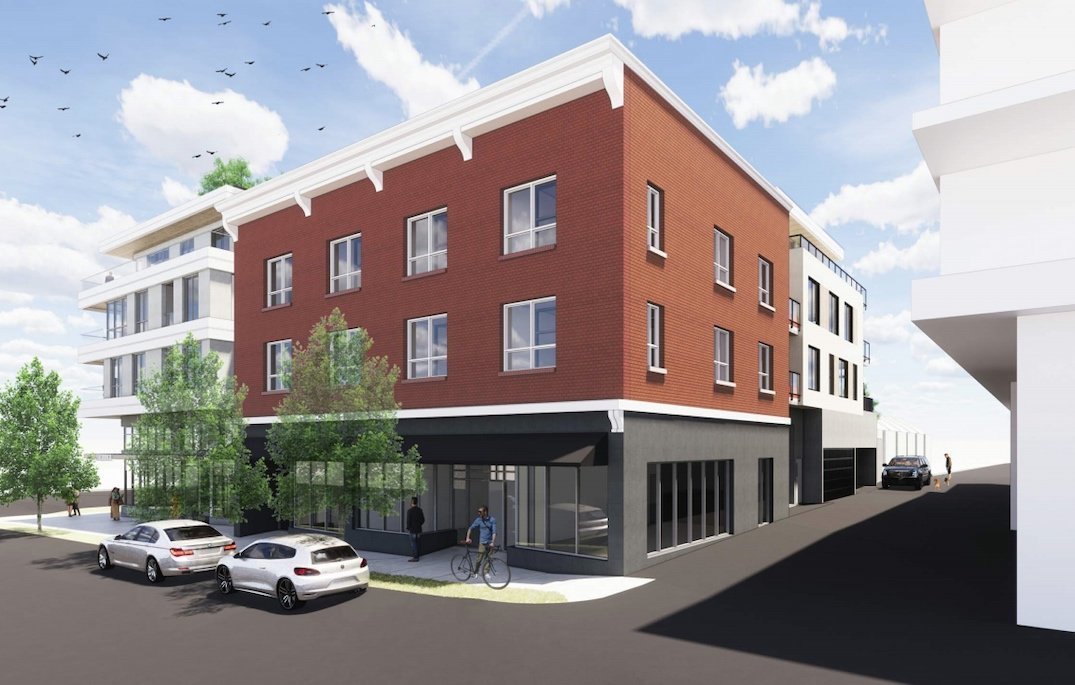 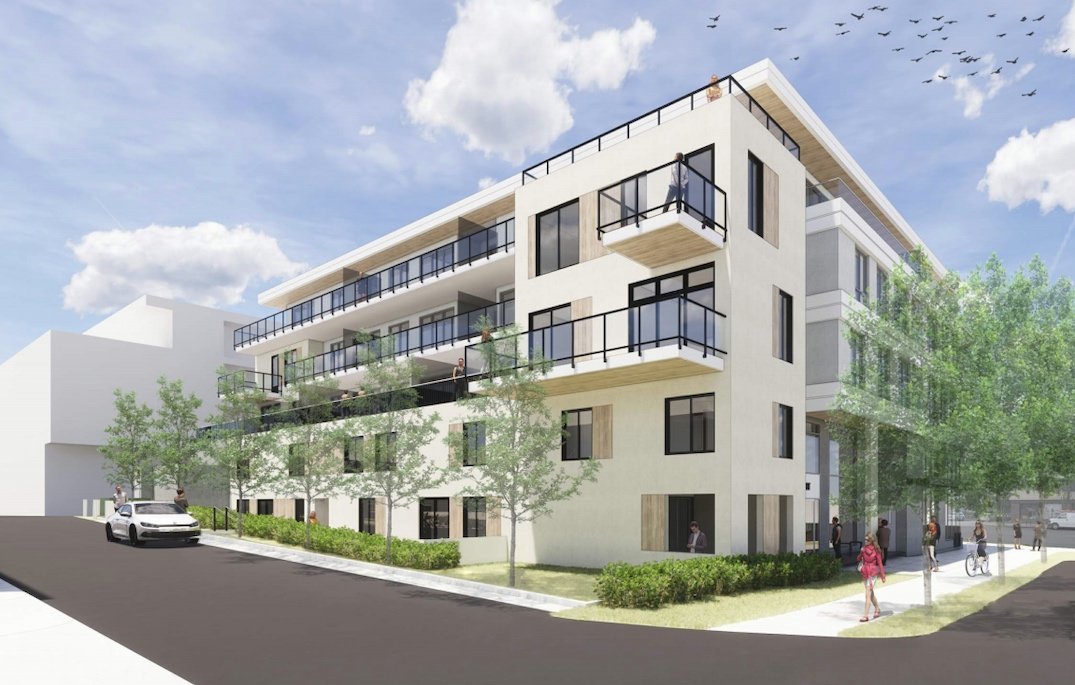 There will be a total of 36 homes, including a number of townhomes facing East 19th Avenue and the laneway. Half of the units will be sized for families, with two or three bedrooms.

Residents will have access to a large rooftop amenity space, with the rooftop largely designed as a green roof.

Activating its frontage along Main Street, the building will also have about 4,000 sq. ft. of ground-level retail and restaurant space, split into up to five commercial units.

Altogether, this proposal calls for 35,251 sq. ft. of total floor area, giving it a floor space ratio density of a floor area that is 2.43 times the size of its lot.