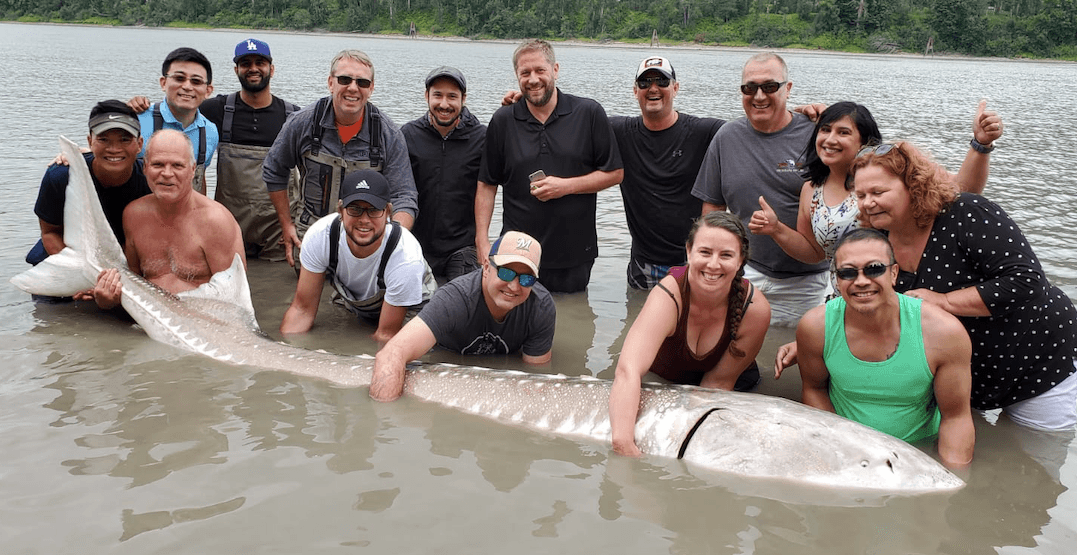 Editor’s note: This story was amended on August 28, 2019 to show the official measurement came in at 345 cm in length, making it the biggest catch in the 20-year program.

A fishing group on BC’s Fraser River has just broke the record for catching the largest “virgin sturgeon” — reeling in a monster that has escaped tagging for decades.

After 40 minutes, the group managed to reel in an enormous sturgeon — and, remarkably, it has never been tagged before.

The humongous sturgeon was 345 cm long with a girth of 61 inches, tying it with the largest “‘tag and release’ white sturgeon on the Fraser River,” according to Lang Nguyen, the owner of Lang’s Fishing Adventures.

Nguyen estimated that the sturgeon is well over a 120-years-old, weighs around 800 lbs,  and is most likely a female.

Lang’s Fishing Adventures is a catch-and-release fishery and has been tagging fish for over 23 years. 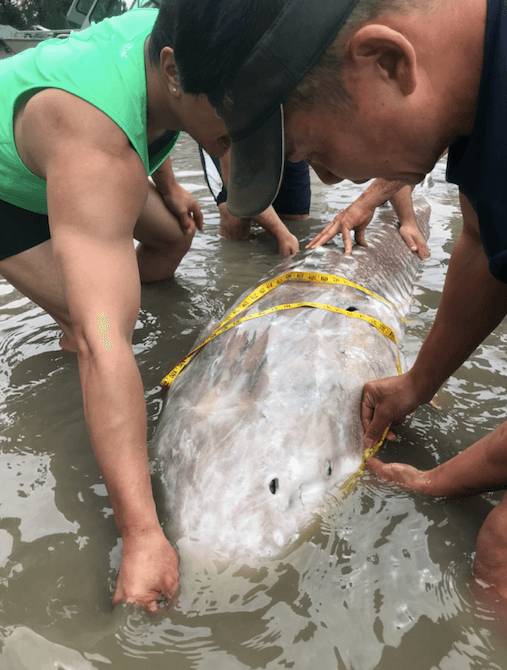 Most of the new fish are smaller ones that haven’t been tagged but according to Nguyen, what makes this catch incredible is that “23 years later, there are still fish out there that live in the ocean that come to this river and that have never been caught before.”

It makes them realize that they “really don’t know much about them.”

The sturgeon was tagged for the Fraser River Sturgeon Conservation Society’s monitoring and assessment program and, after taking photos with it, was released back into the river.

“We’re tagging these fish and we need them on a database. We need to learn more about them to protect them.” Nguyen said.