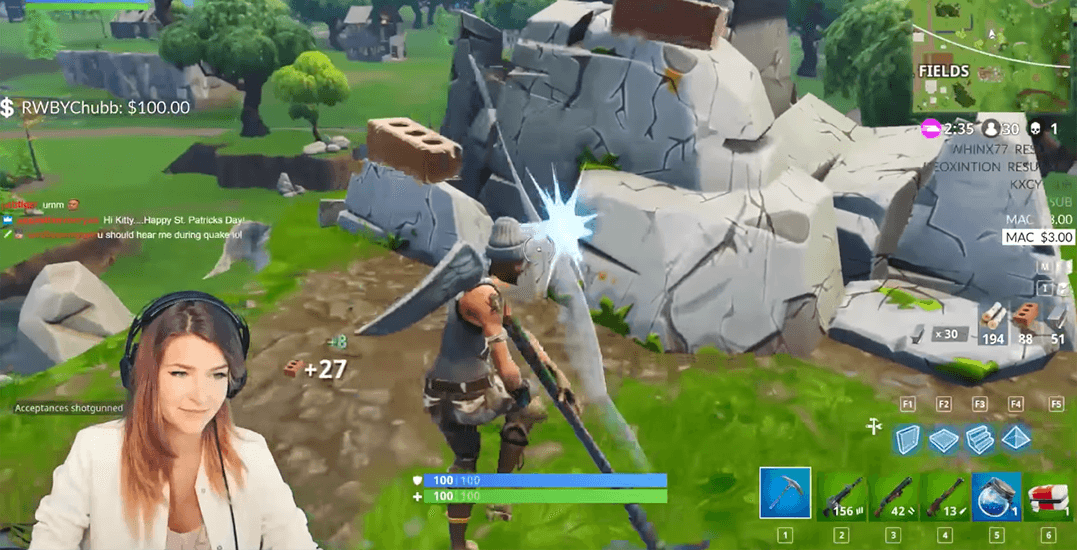 A Vancouver-based Fortnite streamer has given a sizable donation back to her community after participating in a charity tournament.

Since being released in 2017, Fortnite has skyrocketed in popularity. The game’s claim to fame is a free, 100-player, “Battle Royale,” where players land on an island and fight as teams or individuals until there’s only one group remaining.

The game’s mass following has also caused the emergence of professional players and streamers, as well as competitive tournaments with cash prizes.

The competition, which took place in June 2018, featured a handful of professional Fortnite players pairing up with celebrities for a tag-team style tournament. Winnings from the competition could be donated to any charity of the players’ choice.

Valnicek was paired up with American actor Chandler Riggs, who’s best known for his role as Carl Grimes on AMC’s The Walking Dead. Musicians Marshmello and Lil’Yachty were just a few of the other celebrities to make an appearance in the tournament. 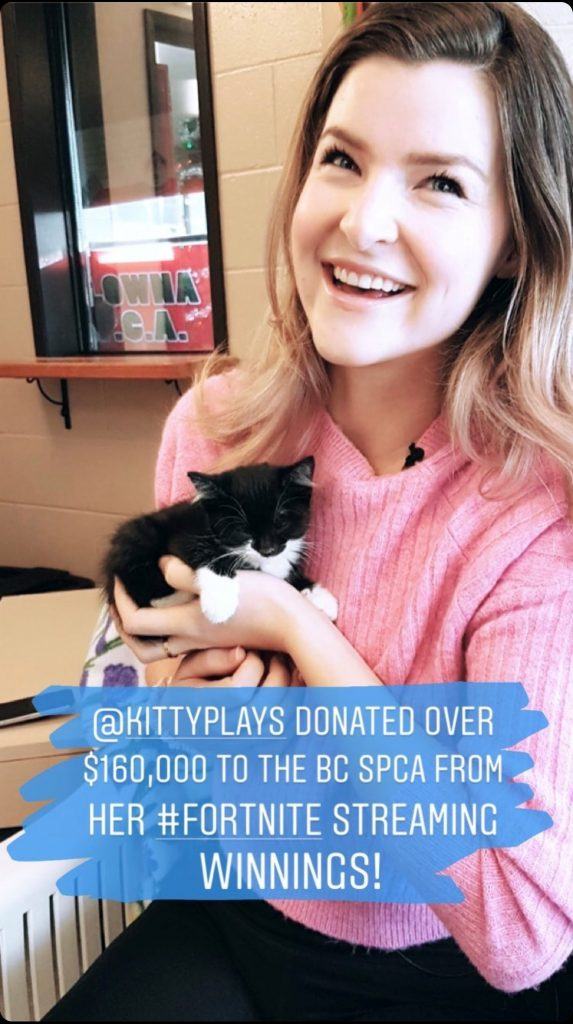 Courtesy of Kelowna BC SPCA

“I’ve always loved animals,” states Valnicek. “When I was young, my mom would pick me up from school and she would not drive by the SPCA because she knew that I would throw a fit and make her go inside.”

Her love for animals continued as she grew older, carrying through to her time in university.

“In University in Saskatchewan, going to the SPCA was a way for me to relax and de-stress and spend times with these animals,” she says.

So when it came down to choosing which charity Valnicek’s winnings would go towards, the Kelowna BC SPCA was a natural choice.

“I grew [up] here in Kelowna and no matter where I live in the world, I’m always going to have ties here.”

Today I got to meet the two kittens named after me for my $125k donation to the @BC_SPCA . Thank you @Fortnite for supporting the impact I get to have in this life. I am beyond grateful for all the opportunities I’ve had these past 5 years of streaming. This is a highlight 💖 pic.twitter.com/suSxhIi65q

The facility responded by naming two kittens at the shelter “Fortnite” and “KittyPlays,” in honour of the donation. The two felines were part of an unwanted litter and part of Valnicek’s donation will go towards ensuring they have proper healthcare. 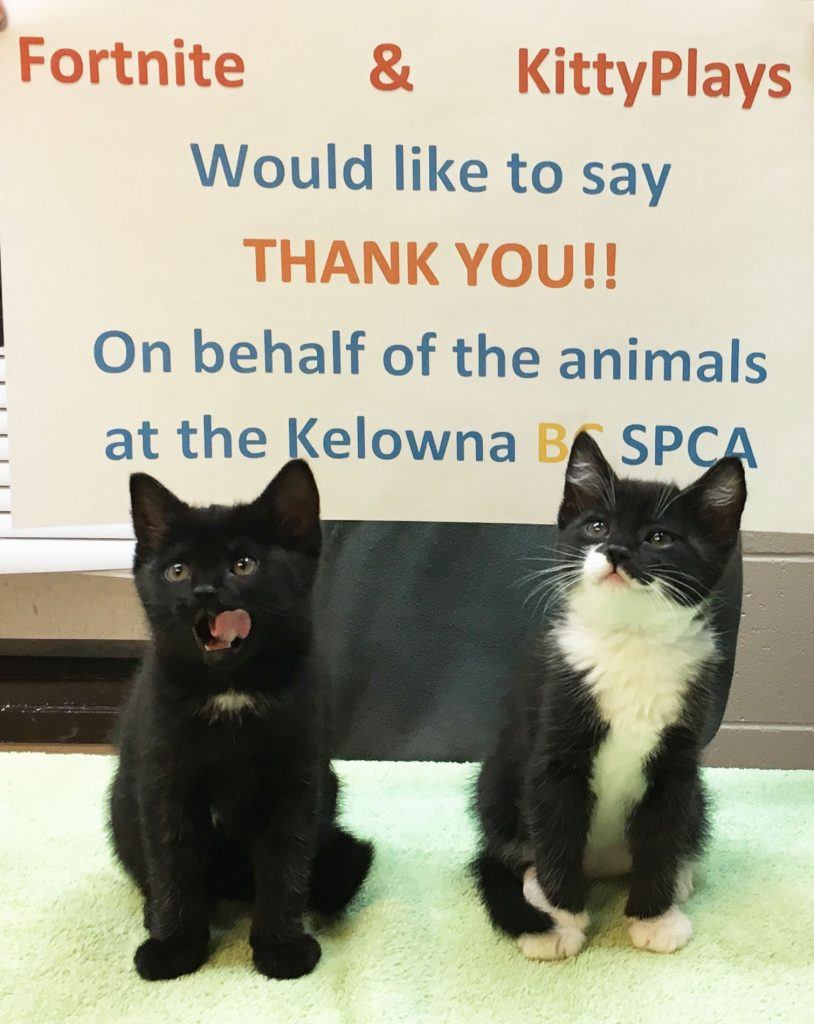 Courtesy of Kelowna BC SPCA

Not only is it a unique donation, but it’s the largest the Kelowna BC SPCA has ever received.

“When a donation of this magnitude comes through, our hearts explode,” says Sean Hogan, Kelowna Branch manager. “We know the difference it will make for animals in our community.

Like many streamers, Valnicek started gaming as a part-time hobby to meet likeminded friends. The 26-year-old currently has close to 580,000 subscribers on YouTube and is pushing 1M followers on Twitch, a live streaming video platform.